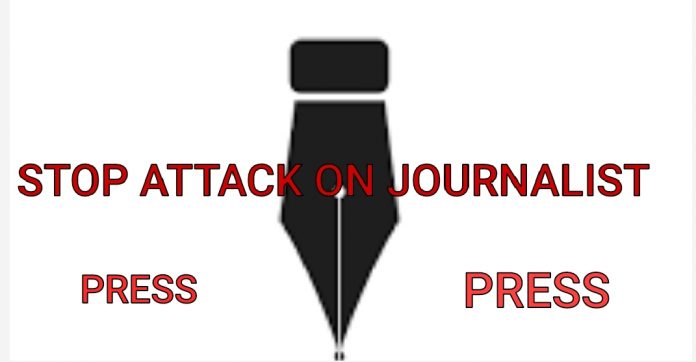 Ghaziabad : A  Camera Person of a national news channel has lodged FIR against associates of Bheem Army chief in Sahibabad Police Station on Friday. Bheem Army Chief Chandra Shekhar alias Rawan had come here with his associates in a farm house to take part in an engagement party. There was thrashing with video journalist by Bheem Army Chief’s associates over a issue, the sources said.

Video Journalist of a reputed news channel Dharmendra Kumar, the resident of Mussoorrie has alleged FIR that he was in an engagement  party in Vrindavan Farm House on November 15. Where the Bheem Army Chief Chandra Shekhar was also presented with his closed supporters.

One of them Pankaj Jatav and six his unknown associates thrashed him. The Sahibabad police have lodged FIR against Pankaj Jatav and five unknown accused under sections of thrashing, threatening to murder and many others. The police are investigating the issue, said one of senior cop.