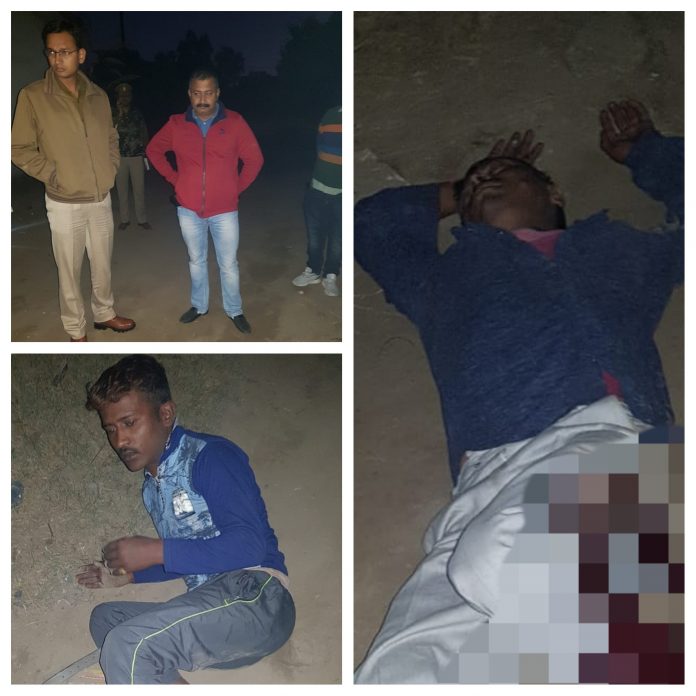 Ghaziabad: In a joint operation of PS Sihani Gate and Crime branch 2 accused arrested who were involved in criminal activities like Murder, loot, etc.
Both were arrested after shootout where a constable and both accused got injured.


As per instructions by Newly joined SSP Ghaziabad to control crime. A operation against criminal were  started in which Crime branch Inspector Sanjay Vermas team and SO PS Sihani Gate  Sanjay Pandeys team took part in this operation.
While talking with A News Of India told Sanjay Pandey SO PS Sihani gate, ” As per received information about criminal by informent both team started checking near bus stand Sameer demilation near about 5 am morning police saw 5 person in suspicious condition where police alarmed them try to searchd them but they fired at police and due to firing a constable from crime branch namely Ravi Kumar got injured. Police also replied with gun and started firing for self defence at criminals.

Meanwhile two person namely Monu and Suraj alias Ranveer got injured in this shootout and were arrested but other three crooks got success in ran away from the spot.”
Police seized 2 revolver from arrested accused.