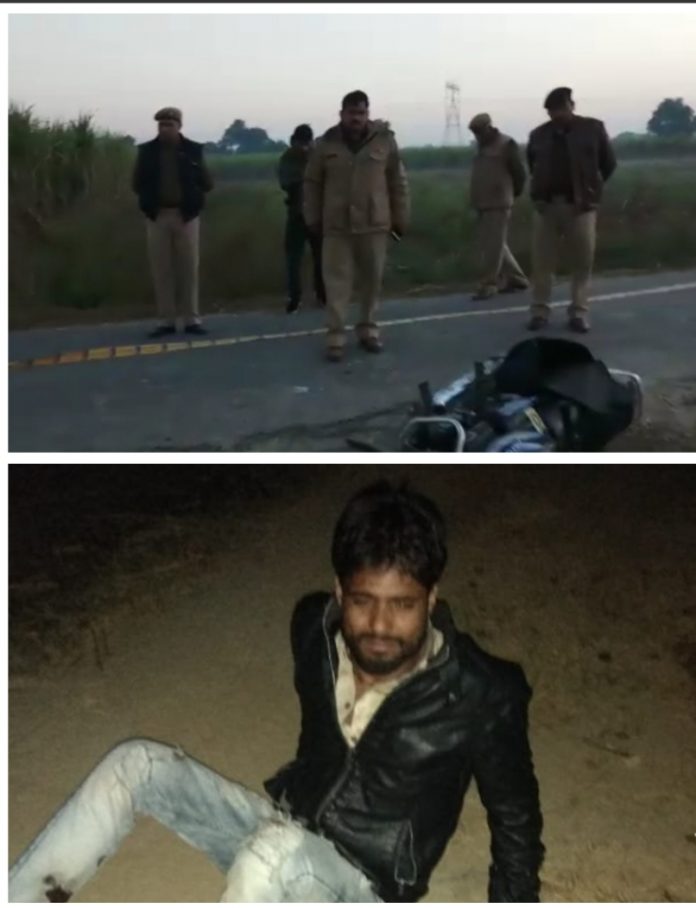 Bulandshahar: PS Agota police saved a jewellery shop from thieves. The thieves were trying to steal from shop.
Early in the morning near about 4:30 am. Naresh Kumar  Incharge PS Agota was patrolling in area with his team he saw 2 persons were trying to temper shops door. He reached near jewellery shop and alarmed both person but they started firing at police and ran away from the spot. After firing police got alert and followed them. Both of them were on bike and ran away in forests of Agota areas meanwhile a person got injured in exchanging of firing, due to darkness one of them succeeded and fled away from the spot.
Arrested identified as Imran who got injured in shootout with police. Police seized a bike, one country made pistol from spot. According to Naresh Kumar Incharge Police station Agota.