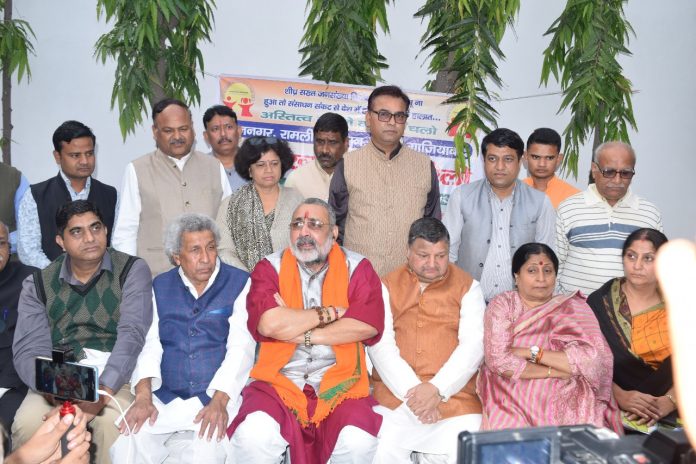 Ghaziabad: The central minister Giriraj Singh said here on Wednesday that the control over population must be done with immediate effect. It is harmful in India. The central government should pass the new law in parliament.

Singh was talking with local media persons on Wednesday afternoon at the resident of BJP leader Prathi Singh. He said Jansankhya Samadhan Foundation has been running movement for last four year to make law to control population in country. The teams of foundation are working in 372 districts in India. About 72 dharans have been conducted in country. The foundation team with written document of125 members of parliament have been handed over a draft of president of India on August 8, this year, but no action is taken in this regard.

Now  a vast Population Control Rally is going to conduct on December 2 in Ramlila Maidan, Rajnagar sector-20 in Ghaziabad. He claimed mire than 20 thousand people will participate in it.