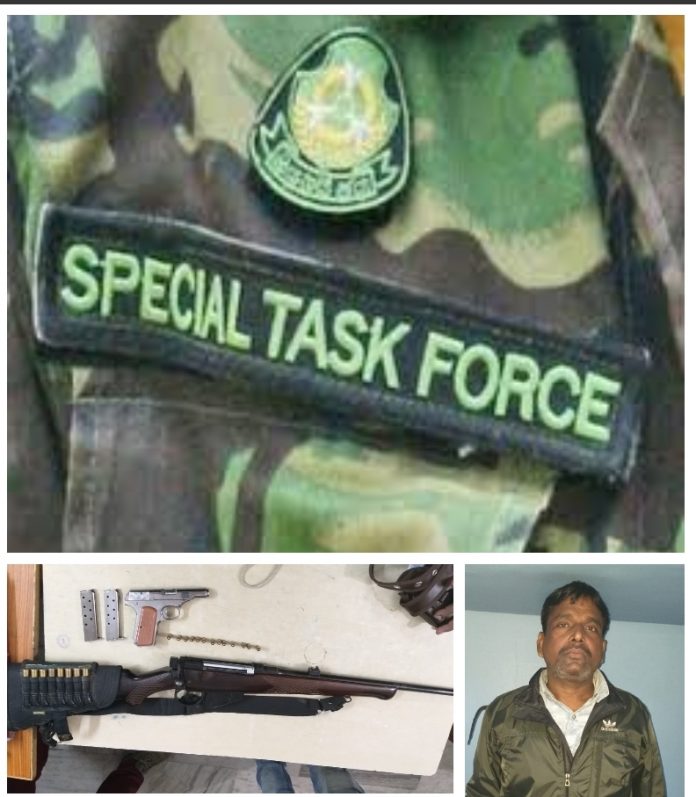 Asansol : UP STF arrested a person who claimed to be an employee of CRPF. Police recovered gun and pistol from his possession.
In a joint operation with Asansol police, the STF arrested an accused namely Acche Lal Yadav from west Bengal.

According to Abhisek Singh, SSP STF, “Accused Acche Lal involved in crime from 2002 and there were two dozens criminal cases registered against him in various police stations. He claimed that he is an employee of CRPF and had possesed a fake identity card of CRPF and made a suspicious arm license of Jammu & Kashmir. He did attack on Gorakhpur police and he was carrying a reward of Rs 50000” on his head.