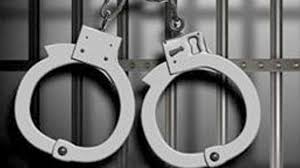 Ghaziabad: The Tronica City Police have arrested six accused including two women on Wednesday. All of the arrested accused are allegedly got flee from police post lock up on Monday late night.

According to police, Rahul was taken under custody for molesting. He was locked in lock up in a police post. His family members reached there and offered him non veg in dinner. The police constable on duty prevented to give non vege.