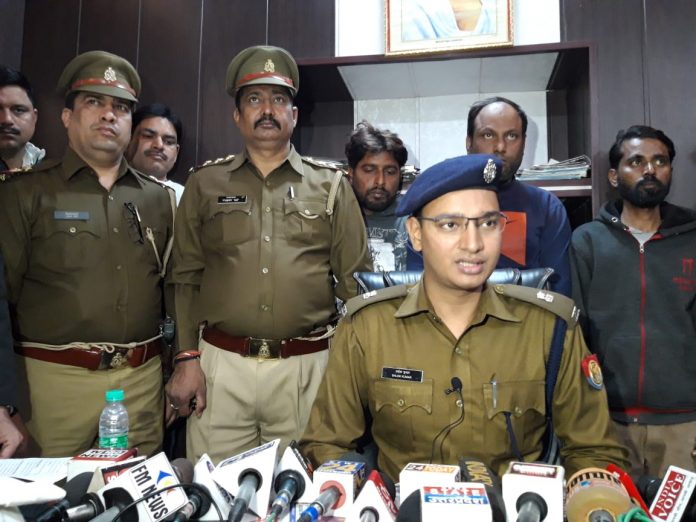 In the Kavinagar area of ​​Ghaziabad, a body of a youth namely Aas Mohammad was found dead on 6th December 2018 in which a case of murder was registered. Deceased Aas Mohammad was living in Kotwali area. In this case, the police arrested four accused namely Umesh Kumar, Mohammad Harun, Rajesh Kumar, Vinod alias Banti.The main accused in this case  is Umesh who is alleged to have seen with the girlfriends of Umesh, the deceased Aas Mohammad used to speak many times with the said girlfriend of Umesh and he came to know this very fact. Many a times he asked the deceased to keep himself away from the girl. But when he saw Aas Mohammad is not taking his suggestion seriously and still he was in constant touch with the girl so he decided to eliminate him. And to get rid of this same thing, Umesh warned him and contacted some other accused involved in this murder case.