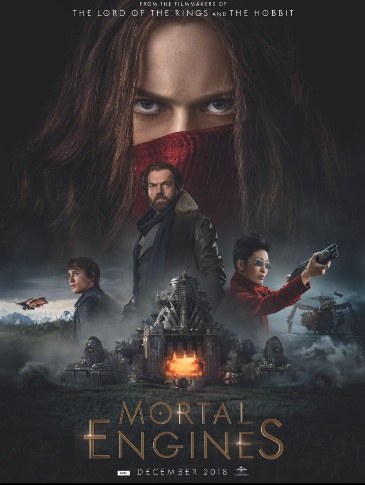 New Delhi: Directed by Oscar-winning visual-effects artist Christian Rivers and with a screenplay by Academy Award-winning filmmakers Fran Walsh, Philippa Boyens, and Peter Jackson, based on the novel of the same name by Philip Reeve, Mortal Engines is a 2018 post-apocalyptic adventure film which delivers a visually stunning world which is going to mesmerize audience worldwide. As movie got released in India, dubbed in English, Hindi, Telugu & Tamil. Recently the movie was showcased to Delhi media in a press show held at Film Division Auditorium. In a positive way, Delhi media appreciated the movie and its effects.

The movie following the plot as, Hundreds of years after civilization was destroyed by a cataclysmic event, a mysterious young woman, Hester Shaw (Hera Hilmar), emerges as the only one who can stop London — now a giant, predator city on wheels — from devouring everything in its path. Feral, and fiercely driven by the memory of her mother, Hester joins forces with Tom Natsworthy (Robert Sheehan), an outcast from London, along with Anna Fang (Jihae), a dangerous outlaw with a bounty on her head.

Visual effects are created by a Weta Digital team led by Ken McGaugh, Kevin Smith, Luke Millar, and Dennis Yoo. The Universal and MRC adaptation is from the award-winning book series by Philip Reeve, published in 2001 by Scholastic. On board as producers are Zane Weiner (The Hobbit trilogy), Amanda Walker (The Hobbit trilogy) and Deborah Forte (Goosebumps), as well as Walsh and Jackson. Ken Kamins (The Hobbit trilogy) joins Boyens as executive producer. Universal distributed the film worldwide.