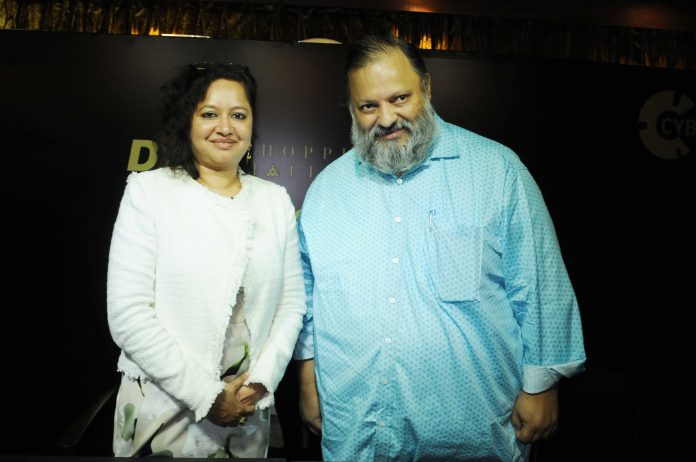 Gurugram: To honor & commemorate the unmatched success in the growing F&B sector, with immense pleasure, DLF Shopping Malls has announced the 1st Edition of DLF Food Excellence Awards 2018, envisaged to recognize the “best-in-class” F&B brands and individuals. The award recognizes the ingenuity and sheer imagination of players that have shaped F&B industry. We celebrate taste, quality, innovation and excellence in the sector with these awards. It will applaud the best eateries and showcase the spotlight on a couple of debutants.Further, a three-day food maze is also being organized at DLF CYBERHUB from December 13th – 15th, wherein some of the top F&B brands across DLF Shopping Malls will participate in live food tasting sessions. Each brand will showcase their signature dishes for guests to taste and vote in the respective categories.

Commenting on the announcement of the food awards, Ms. Pushpa Bector, EVP and Head of DLF Shopping Malls said,“We take pride in introducing the DLF Food Excellence Awards for the first time in India. At DLF Shopping Malls, we have not only given consumers access to international brands but have been an incubator for home grown brands in our malls. Our partners are extremely excited, and we have seen an overwhelming response with over 110 nominations in the first year of our Awards and plan to make this an annual initiative. At DLF Shopping Malls, housing 202 F&B outlets (including 29 bars and microbreweries) and 58 innovative food kiosks, taking the grand total to 260, one can experience a sensational dining experience. Each restaurant is ideal for expressing a whole culture, be it East Asian, Modern European, Oriental and Turkish, Iranian or Mexican. Being the trend setter for F&B and entertainment in the national capital, they are known for bringing in new and innovative concepts in fine dining, casual dining, quick service restaurants and cafes.

DLF CYBERHUB, with a total of 75 F&B outlets (including 14 bars and micro-breweries) and 7  innovative food kiosks, taking the grand total to 82, is one of the largest food and beverage destination in India, spread over more than 4 lakhs sq. ft. in area. It has some of the best bars and fine dine restaurants such as Burma- Burma, Potbelly, The Wine Company and Farzi Cafe famous for its lively nightlife. DLF CYBERHUB is a preferred choice as a party destination. With International and Indian cuisines becoming a part of the Indian palate, the brand has been one of the most sort after places to be present at. Offering a 360 degree approach to its consumers, with varied options, ranging from food festivals, real time offers and discounts, they have played a large role in shaping up the food and beverage industry in the country.  Scheduled to be held at The People & Co, DLF CYBERHUB, the DLF Food Excellence Awards is all set to offer sumptuous cuisines not only from across the globe, but also from leading Indian home-grown brands. With a total of over 110 entries already received across 14 categories for this year’s glittering event, the Awards promises to be a night to remember. From artisan kitchens to innovative street food, and gastro pubs to gourmet restaurants, individuals and restaurants offering impressive gastronomic delicacies, these awards will have it all. The Awards will be divided into two categories – Popular Choice and Critic Awards which will be assessed by a panel of eminent jury members. The event will also see the presence of some of the most prominent people from the F&B industry. The Award Night has been scheduled for Thursday 20th December 2018, 8 PM Onwards DLF CYBERHUB.