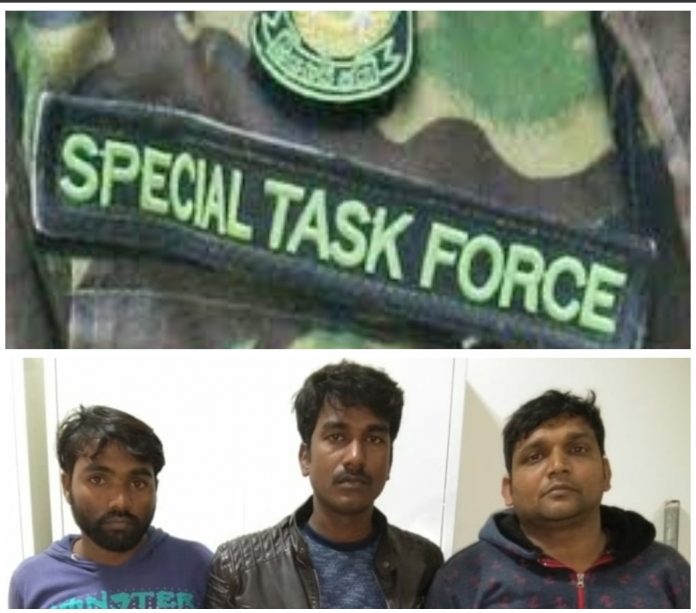 Ambedkar Nagar: In a series of arresting rewardee criminals, the Special Task Force arrested 3 sharp shooters out of whom one was an accused and was carrying a reward of Rs. 50 thousand.
Abhishek Singh SSP Special Task Force, received an input about sharp shooter who shot Jurgam Mehndi a BSP leader near Hira bazar Ambedkar Nagar. This gang identified as Khan Mubarak, who used to take contracts of killing people in lieu of money.
In a joint operation with Ambedkar Nagar Police the joint team based on the input received, surrounded a particular area of the city and nabbed 3 accused namely Shahnawaj Kasayee, Rajan Gupta and Anil Saro in this operation.

According to Abhishek Singh, “we had certaon inputs about this gang in which Shanwaj Kasayee was carrying a reward of Rs 50 thousand and was about to come at Musepur area under Hanswar Thana. When he moved the said area our police team had already surrounded it from all corners and arrested him along with 2 other accused.
Shanwaj Kasayee was absconding in a murder case of BSP leader and a reward of Rs 50 thousand was declared on his head . Police has also seized illegal arms from the possession of the Arrested accused.” 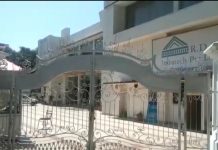 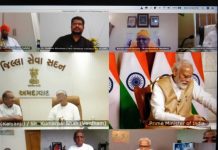 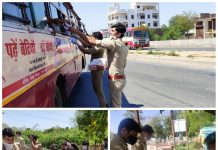