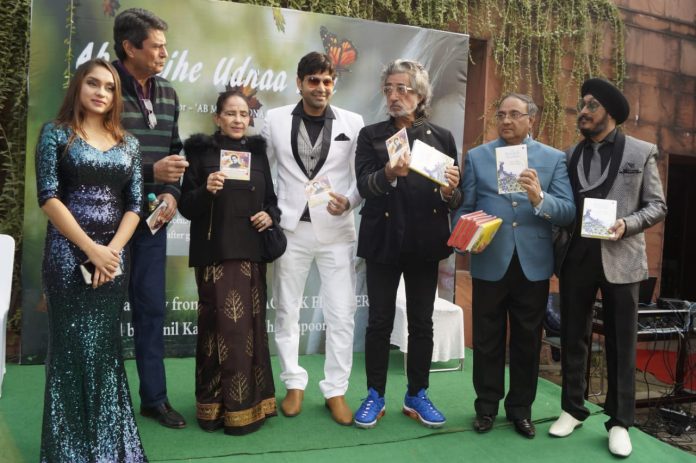 The special poetic book ‘Punam Ka Chand’ is indulged with sixty-one soulful poems and its dedication to his wife Punam Kapoor. The entire event was graced by well-known artists from our Indian Entertainment industry including actor Shakti Kapoor, Kanwaljit Singh, actor & BJP President Manoj Tiwari. Apart from them, the director of the film ‘Ab Mujhe Udnaa Hai’, Sujjoy J. Mukherji and the entire Joy Mukherji’s family was also present in the prestigious ceremony.

As per the details revealed, the story & screenplay of the short film is given by Sunil Kapoor himself. It’s a story of a physically and emotionally traumatized girl filled with guts, grit, and glory dares to flap her wings again and soar high in the sky. Talking to the media about the event, actor Shakti Kapoor stated, First of all, I would like to share that my real name is Sunil Kapoor and I am happy that he invited me to attend such a beautiful ceremony that holds many of the important personalities.”