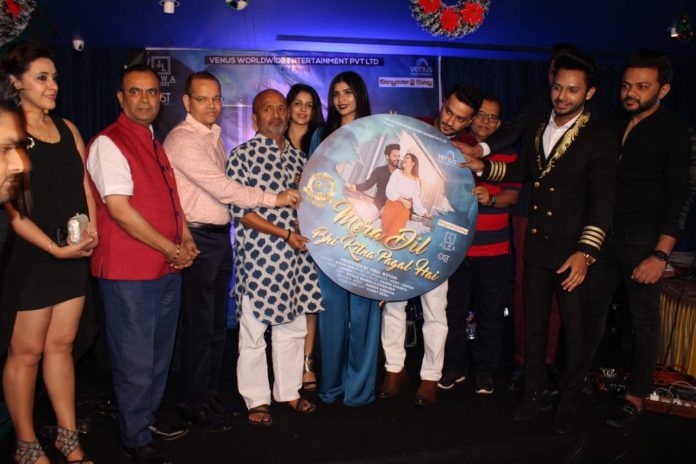 New Delhi: Directed by Lawrence D’souza, Saajan was released in 1991 that starred Salman Khan, Madhuri Dixit and Sanjay Dutt in the lead roles. The film went on to break many records and till date is remembered for its melodious music composed by Nadeem-Shravan and penned by Sameer.

Stebin Ben, whose claim to fame is the title track of Kaisi Yeh Yaariyan on television reprises the romantic number Mera Dil Bhi Kitna Pagal Hai. The new version features Stebin Ben himself along with stunning Ritisha Sharma. The music is rearranged by Vicky-Hardik. The video is directed by Charit Desai and produced by Viral Motani.

The makers launched the video at a posh club in the suburbs on Thursday late evening. Present at the launch were Stebin Ben, Ritisha Sharma, producer Viral Motani, Champak Jain from Venus along with Bunty Walia, Ilhana Dillon, TV actors Zain Imam, Kunwar Amar and many more.