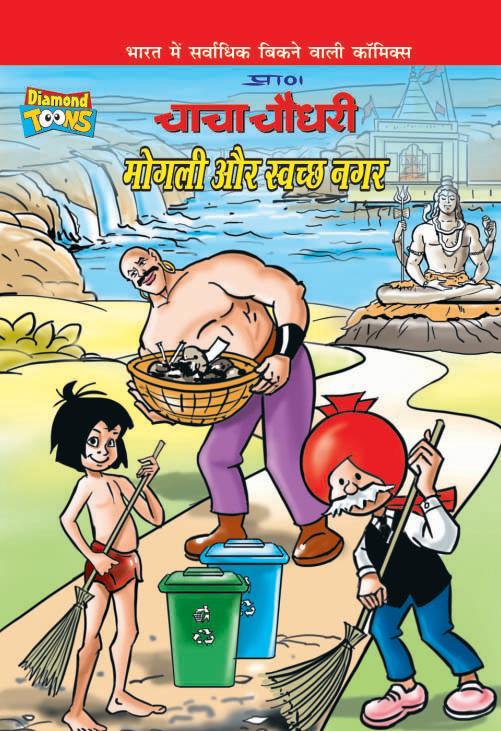 New Delhi: Chacha Chaudhary, the legendary Indian comic hero is the unofficial ambassador of Swachh Bharat with the launch of 5th comic book – Chacha Chaudhary, Mowgli and Swachh Nagar in continuation to the Swachh Bharat comic series created by Diamond Toons. The comic book involves iconic character Mowgli and the giant Sabu along with Chacha Chaudhary guiding and creating awareness on dry and wet garbage segregation.
With back to back editions of comic book in series, Chacha Chauhdary has helped successfully promote this campaign across the country aggressively which has lead to a strong behavioural change in kids and adults. The character has now become the unofficial face of the movement. The change derived by Chacha Chaudhary through these ‘Talking Comics’ on Swachh Bharat has proved that he is the biggest influencer of all generations for behavioural change and people put in maximum trust in him in India.
The comic has been translated in 12 major Indian languages namely Hindi, English, Bangla, Gujarati, Marathi, Assamese, Malayalam, Punjabi, Sanskrit, Tamil, Telugu and Urdu.
Speaking on the launch of the comic book, Mr. Manish Verma, Director, Diamond Toons said, “Chacha Chaudhary has been infusing new energy to the national cleanliness mission time to time through these series of comic books. With his vast reach to the Indian households, urban and rural alike, Chacha Chaudhary is now an integral part of the campaign and is being recognized as its unofficial ambassador by his fans. Involving Chacha Chaudhary shows the power and influence of this iconic character who is still working better in reaching out to people of all age groups and social profiles. This content developed around Chacha Chaudhary is now been taken to multiple levels as reference material or teaching aid for storytelling, workshops, nukkad nataks etc and is working efficiently in favour of the mission.”

FAQs addressed in the comic series:
-Eliminating open defaecation
-Solid waste management
-Reduce 3 ‘R’s of waste management – reduce, reuse and recycle
-Behavioral change regarding personal hygiene by making them aware to wash hands before and after meal and after toilet
– Clean toilets in school

About Diamond Toons
Diamond Toons is the most creative division of Diamond Group of publications. The vision and dream clearly is to involve the children, who have unlimited options of entertainment, by providing them not just entertainment but also education on a unique platform. Diamond Toons has a history of having worked closely with other leading children’s brands. A part of Diamond Toons: Chacha Choudhary, Billu and Pinki are the most loved and read comic characters in India. The Chacha Chaudhary comic series has captured the imagination of Indian children for over 40 years and still continues to reach out maximum number of people today. 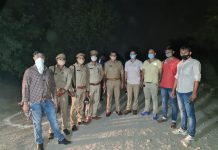 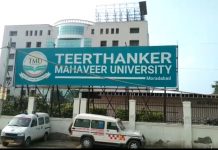 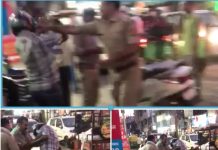 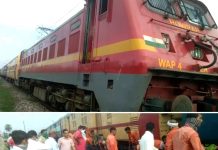 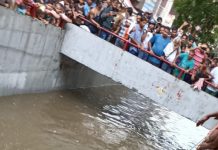 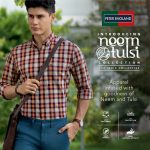 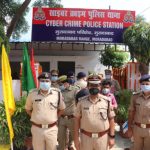