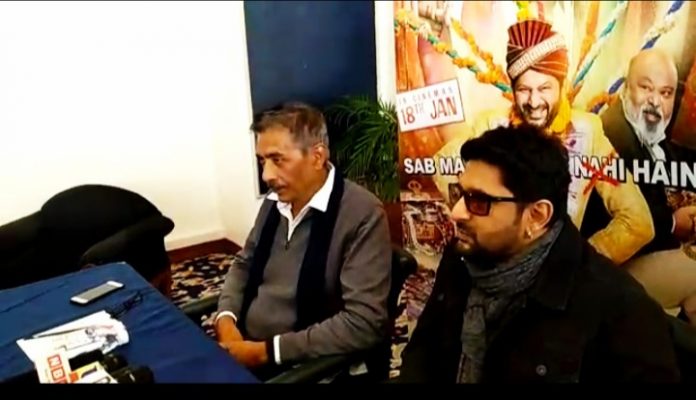 New Delhi: Actor Arshad Warsi along with producer & director Prakash Jha together witnessed in Delhi for the promotions of their upcoming Comedy flick “Fraud Saiyaan”. In a press meet held at Hotel Le Meridien, Delhi, the duo interacted with media and shared their views and details of the film. “Fraud Saiyyan” is the story of a con artist in North India who convinces women to marry him just so he can live off their money.