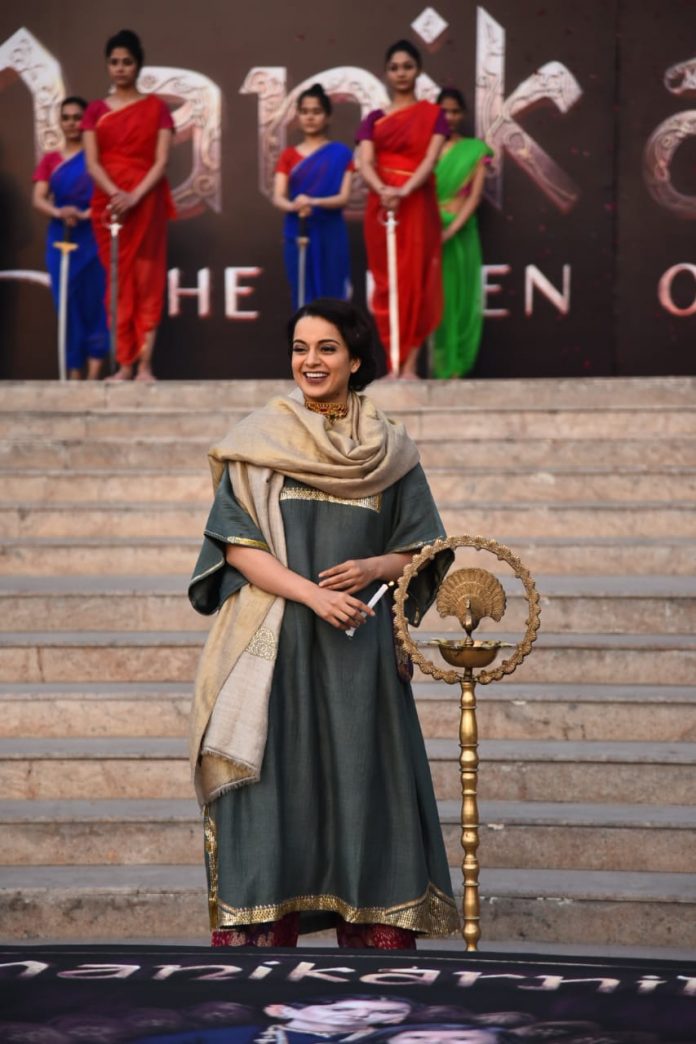 New Delhi: “Bharat”, the song of the upcoming Indian historical biographical film MANIKARNIKA: The Queen of Jhansi launched by the leading ladies Kangana Ranaut, Ankita Lokhande along with Lyricist Prasoon Joshi. The entire event took place with a grand start at Kingdom of Dream, Gurgaon. The audience around along with media goes mesmerized with the charm and soulful atmosphere spread by the entire team of the film, which is based on the life of Rani Laxmibai of Jhansi.

Bharat is a melodious song about patriotism and dedication to one’s country. The film’s soundtrack is composed by Shankar-Ehsaan-Loy and lyrics written by Prasoon Joshi. The video features the journey of Manikarnika from when she was a child to how she grows up to be a brave woman. It is also a glimpse into how she becomes the queen of Jhansi, her fight against the British and more.

While interacting with media Kangana thanked people for being present at the song launch and speaking of the song she said, “This song is the spirit of our film. The aathma of our film. Delhi is the spirit of India, its aathma and the heart as well. So there is no better place to launch this film than in Delhi. That’s why we have come here, to launch the song and to make you all a part of the event.” Whereas, Ankita who will be seen portraying Jhalkaribai, seemed highly confident and excited about her character in the film.

MANIKARNIKA, the film portrays the life of Rani Laxmi Bai of Jhansi and her war against the British East India Company, during the Indian Rebellion of 1857. Directed by Krish and Kangana Ranaut and produced by Zee Studios in association with Kamal Jain and Nishant Pitti. The film stars Kangana Ranaut in the title role. Releasing on January 25, this movie is written by Prasoon and Baahubali writer KV Vijayendra Prasad.