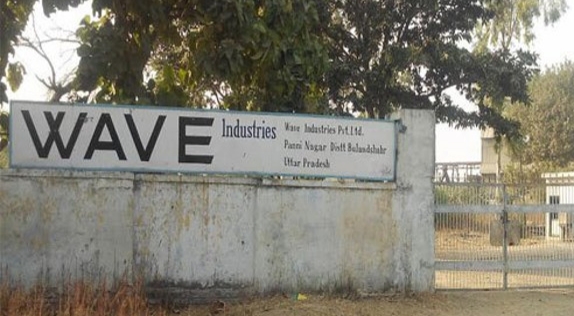 Bulandshahr: An FIR has been made against the owner and officials of Web Sugar Mill For default of payment to the farmers and Monti Chadda; son of Late. Ponty Chaddha, Director, D. S. Vindra, and General Manager of the Wave Sugar Mill named as the accused in the case.

The District cane Officer registered  FIR today in Bulandshahr’ in Kotwali police station against and 3 persons including owner and 2 officials of Wave Sugar Mill has been made accused for default of payments to the farmers.

In the FIR owner, Director, Managing Director including General Manager of Wave Sugar Mill are made accused by the District Cane Officer. The FIR is an out come of warning made by Chief Minister himself when he had visited the city of Ghaziabad in first week of December to unveil the statue of Choudhary Charan Singh in a college near Modi Nagar. It is important to mention here that CM Yogi had warned owners and officials of all Sugar Mill in the state to make payments of all farmers due by December 31st 2019 failing which FIR will be lodged against all such defaulters, from the stage during his speech.

This is an outcome of the same instructions given to the all Sugar cane officials of State of UP to act upon on the instruction of CM Yogi. On violating the deadline given by UP CM Yogi and not paying the arrears of cane farmers, the DCO lodged an FIR today in Nagar Kotwali. Before that the Sugarcane Commissioner of the state, had sent a notice to the Wave Sugar Mill a month ago directing the mill to make payments of the cane farmers.
Even after reciving the notice and within notice period, the mill did not pay the arrears of sugarcane farmers.

So on completion of the notice period, today FIR was lodged against the owner of the mill, including the four FIRs registered in Bulandshahar Nagar Kotwali under section 406, 420, 120 (B)and under The Essential Commodities Act.

The City SP Atul Shrivastava said to A News Of India , “As the company Wave Sugar Mill Bulandshahr had not payments to the farmers in violation of the notice already served to the company hence District Sugarcane Officer, Bulandshahr has lodged FIR in the Kotwali police station under section 406, 420 and The Essential Commodities Act against Monti Chadha the owner and two other officials including General Manager of Wave Sugar Mill. Police will further take necessary action against named accused as per law. Investigation is on.”