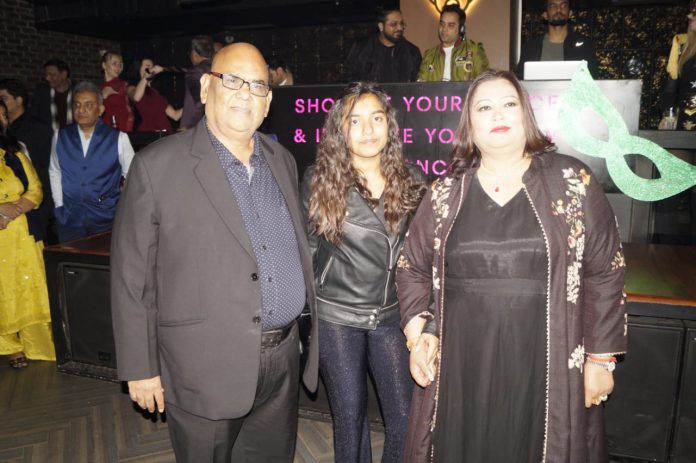 New Delhi: Veteran actor-filmmaker Satish Kaushik, who has given 40 years to the industry as an actor and director, is always known for his boosting factors. As recently he was witnessed rocking the dance floors at MNKY HOUZ, Eros Hotel, Delhi in the birthday bash of friend Shilpi Sharma, founder promoter of UV Asset. It was a special party where Satish Kaushik was celebrating the 50th glorious years of her friend.

It was a masquerade theme party, where globally celebrated DJ Sheizwood made everyone dance to his tunes. Along with them, the party saw the presence of Pramod Sharma, Shilpi Sharma, DJ Sheizwood, CK Khanna (BCCI President) & many more.

Shilpi who is also involved with multiple NGOs to empower women & girls of India, revealed on completing a huge milestone of her life she said, “Am I allowed to say it feels as good as it did when I turned 21 (laughs)? I’m really enjoying the fact that I have not only reached a half-century of my life but also feeling positive about my career, life, and my health.”