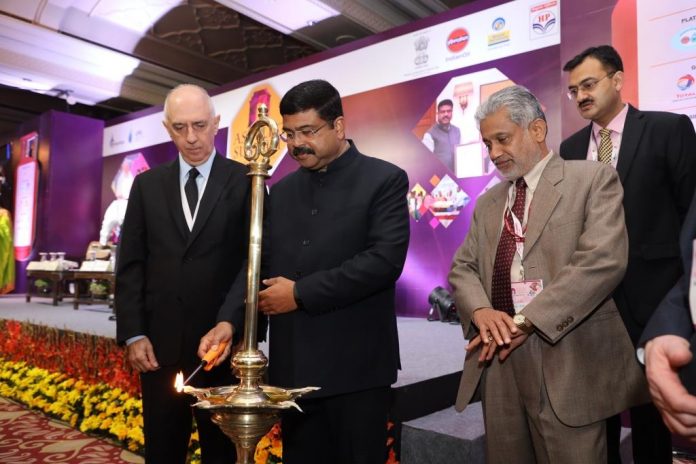 New Delhi: In becoming the second largest consumer of liquified natural gas (LPG) in the world through the flagship ‘Ujjwala’ scheme, India is driving the uptake of LPG in households, empowering its women by facilitating access to cleaner cooking fuel and providing them a life of swasthya (health) andsamman (dignity), said Shri Dharmendra Pradhan, Hon’ble Union Minister for Petroleum & Natural Gas at the Asia LPG Summit here today. 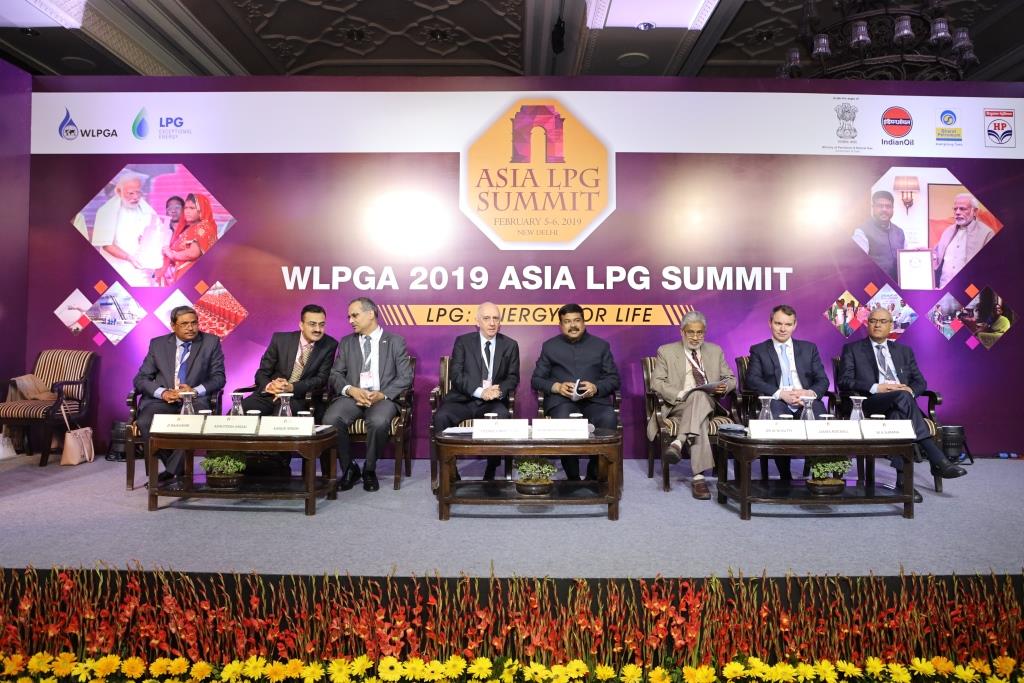 He said India has emerged as a “bright spot” due to the overwhelming success” of the ‘Ujjwala’ scheme that enabled an increase in LPG coverage from 55 per cent in 2014 to 90 per cent now. He added that Indian stands committed to continue its close relations with countries of south and south-east Asia by extending regional cooperation in the LPG space as well. This will not only promote economic development but also raise the standard of living of the people in the region.

“We are moving ahead in fostering regional cooperation by expanding the reach of LPG – together with countries like Bangladesh, Sri Lanka, Nepal and Myanmar we are working to make LPG more affordable, available, and accessible in the region,” said Shri Pradhandelivering the inaugural address at the major gathering of countries on LPG.

“Due to its overwhelming success, Ujjwala is now a universal scheme…. We aim to achieve holistic, inclusive, and high economic growth along with ease of business and living – all our programs are designed to provide relief to ever citizen of this country. Our associated programs too are well-appreciated – PAHAL (the direct benefit transfer scheme) is the largest DBT program in the world and has generated a savings of 50,000 crore,” Shri Pradhan said, highlighting the achievements of ‘Ujjwala’ scheme.

The summit has been organized jointly by the major Indian oil marketing companies (OMCs) Indian Oil, Hindustan Petroleum and Bharat Petroleum together with the World LPG Association (WLPGA) at the Taj Palace Hotel in New Delhi. This is the second edition of the Asia LPG Summit, with the first one having been held in 2017.

The two-day ‘WLPGA Asia LPG Summit’, focusing on ‘LPG – Energy for Life’, will be attended by more than 1000 delegates from over 20 countries. They will deliberate over a series of subjects including how India’s successful Pradhan Mantri Ujjwala Yojana can become a viable model for other countries to replicate, particularly those striving to provide clean cooking fuel to its people.

Highlighting the key role India has played in ensuring access to cleaner fuel, Shri Pradhan said that expansion of subsidy program in rural areas enhanced availability and affordability of LPG. PMUY has transformed LPG beneficiaries from ‘beneficiaries’ to ‘customers’ through easy interfaces for getting new connections and booking of refills, introduction of 5-kg cylinders for higher affordability, ensuring smooth payment through digital mode, use of micro-credit to finance refills for rural customers and adopting to innovative and easy technology, such as voice, SMS, and touch, to book LPG connections and refills. India is also investing in LPG import and transportation infrastructures for ‘last-mile delivery’.

Representatives from the industry discussed possibilities for LPG beyond its use as a cooking fuel as well as opportunities for expanding the autogas market in Asia. Several experts underlined the need to provide policy support to auto LPG (autogas), and help it become a viable transport fuel at a time when volatile fuel prices are exerting pressure on developing economies such as India. Autogas is cheaper and cleaner than conventional fuel and has high potential as it comprises only 1.7 per cent of total LPG consumption. An estimated 7 per cent of all vehicles, except for two-wheelers, run on autogas and has a high market potential.

“We are at the beginning of the Golden Age of Gas, WLPGA aims to provide cooking gas for a better life and this effort is not possible without India’s contribution. A diverse country which is rapidly switching from conventional fuel to LPG. WLPGA will continue to support the use of autogas which can play an important role in addressing urban air pollution,” said Mr. Pedro Jorge Filho, President, WLPGA.

“Fossil fuel is being increasingly deprioritized across the world and LPG presents a great opportunity – we need to inform the people in the right way. The Government of India is promoting the use of LPG, especially in rural households. The number of active LPG consumers is growing at a rate of 15 per cent CAGR annually. We expect to increase this to 30.3 million tons by 2025 and 40.6 million tons by 2040,” said Dr. M M Kutty, Secretary, Ministry of Petroleum and Natural Gas.

“It is no longer an option but a necessity to opt for cleaner, viable, and sustainable energy solutions for households and transportation. Ujjwala and other associated schemes are a beacon is this respect – the PAHAL scheme has already benefitted 200 million LPG consumers by plugging leaks while under the ‘Give-it-Up’ scheme over 10 million people have voluntarily surrendered their subsidies to buy LPG at market rate. India can take pride in Ujjwala’s unique collaborative approach that brings together sectors like banking and technology, both central and state governments and OMCs in a single program,” said Mr. Sanjiv Singh, Chairman, Indian Oil Corporation (IOC).

“WLPGA is a 32-year old organization with IOCL as one of the founding members. We continue to enjoy very close working relationship with India. LPG is one of the solutions that can address the tremendous energy challenge the world is facing today. LPG can lead the way to safer, cleaner, healthier, and a more prosperous world, especially in the transport and domestic sectors in India. There is a significant amount of opportunity in India beyond domestic use such as marine, agriculture and industrial,” said Mr. James Rockall, CEO, WLPGA.

Sessions on the first day discussed the significant role of women, who have taken the lead in adopting LPG as a safe cooking fuel despite years of traditional preference for biomass among rural populations. Under the Ujjwala scheme, the connections are provided in the name of the women of the households and come with a free insurance. These beneficiaries of the Ujjwala scheme were celebrated as the true catalysts of change. Experts also discussed ways to further increase uptake of LPG in rural areas.

Over the last three years, India has made unprecedented gains in expanding the reach of LPG as a safe cooking fuel through as series of policy interventions. Global organizations such as the UN Women and the World Bank have showed interest in India’s LPG blueprint and delegations from several countries have approached the Indian government to understand its experience and initiatives. India has set itself the goal of providing LPG connection to 8 crore households by 2020 under the scheme. India’s LPG consumption has rapidly risen to 23 million tons annually, making India the world’s second largest consumer of LPG in the domestic sector. The ‘Ujjwala’ scheme began with an investment of $1.78 billion. India is investing in 60 private LPG bottling plants to cater to the needs of the consumers.