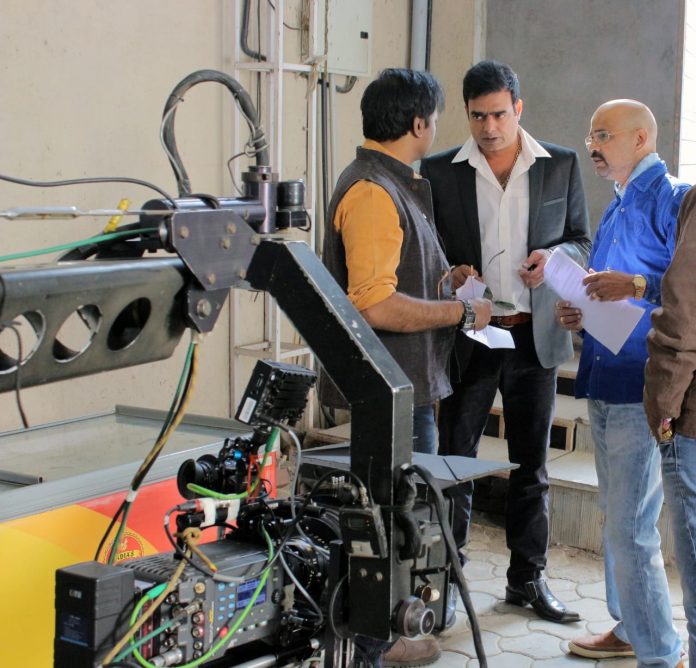 New Delhi: Famous actor Prashant Narayanan who played prominent roles in films like Murder 2, Waisa Bhi Hota Hai Part 2, Shadows of Time and other Bollywood movies are now playing the role of an encounter specialist in upcoming movie End Counter. He is known for his eye catchy negative role in Murder 2. He also won an award for the same role. Other than Bollywood movies, he has worked in a few Malayalam movies as well.

Apart from movies, he appeared in many TV Shows like Bandini, Peter Gaya Kaam Se, and Mr. Singh and Mrs. Mehta which were appreciated by the audience. End Counter is a crime drama starring Prashant Narayana, Abhimanyu Singh, and Mirinmal Kolwalkar which will be released on 8th February. AJ Digital’s Film in association with Gold Coin Entertainment production End Counter is full of entertainment, drama, and action. Directed and Produced by Alok Shrivastav.

Therefore, director Alok Bhardwaj mentioned a few details about his directorial experience and movie, he stated “In my first film I was a producer and assistant director as well, I have experience of a director in more than 8 movies, and now I have End Counter, which was actually a very learning and great experience for me and the entire cast. The character of a police officer in this film portrayed by Prashant Narayanan is a very different role, he has a unique style of working. I am sure when people will watch this film they are going to appreciate the work. We all have given our best for this film, and now this coming 8th only audience will decide the goods and bads about this movie.”