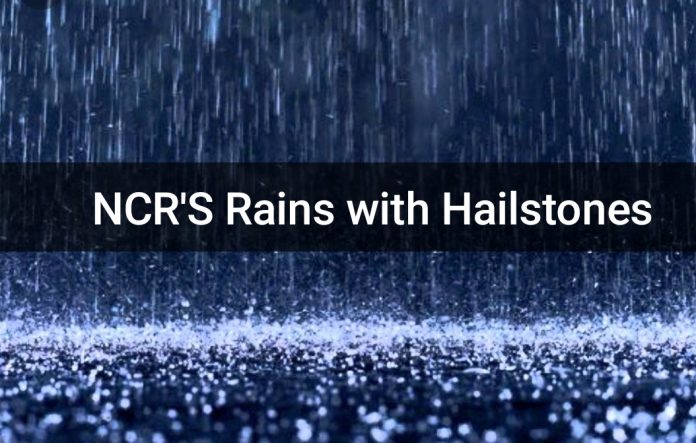 NCR :  In NCR area’s heavy rain with thundershaw along with peltingn of snow / hailstorm along rain in the evening. The rain broken all the records of last 100 years in the month of February. Around 22 to 27 cm rain were recorded in National capital Delhi, Ghaziabad, Noida and other parts of national capital region.

The rain started at around 6:30 pm and continued till almost 7:30 pm During this one hour of heavy rain and Thunder storm, show Pelting were also seen in NCR areas. The entire roads of NCR areas were flooded with water. Water logging were also reported from various parts of NCR Areas. Every thing for an hour was totally came stand still.

This heavy rains has not seen in past almost 100 years in this months of February. People were had to take shelter of shed where they can immediately move and continued to stay for atleast one hour. However, in the after noon the temperature rose to around 26 to 30 degree celcious in various areas of NCR