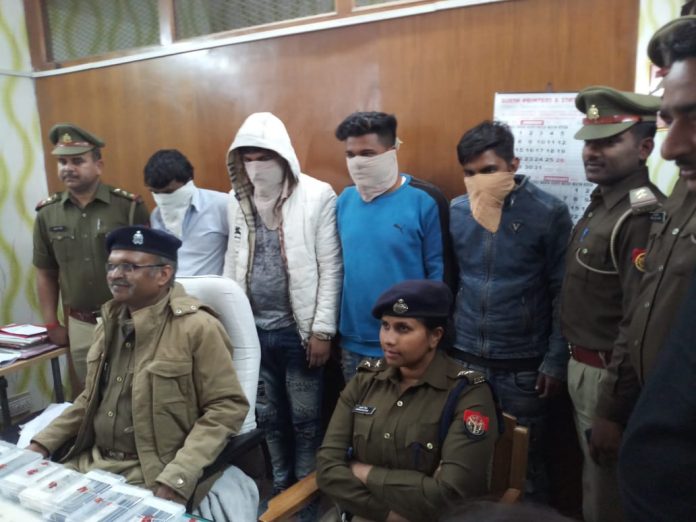 Ghaziabad: PS Muradnagar took big action against Bangali Baba who was doing cheating with people.
You may be seen a advertisement of Bangali Baba where they claim to solve any problem in quick way. Any problems like Love marriage, Black magic and other work.
Muradnagar police received an complaint against Bangali baba who was doing four twenty with People of Muradnagar areas Station Officer Subhash Kumar made a team as per complained and as soon as got certain  information of that cheater Baba and got success in arresting Shokeen, Nafeesh, Vaseem and Sahil and received 13 mobile phones and some money during arresting them.
Arvind Kumar SP Rural Ghaziabad said during press conference, ” Muradnagar Police got big success in arresting of 4 accused who were doing business of  cheating with people who used to go with him for solve their problems.Baba used to get money against solve the problem”.