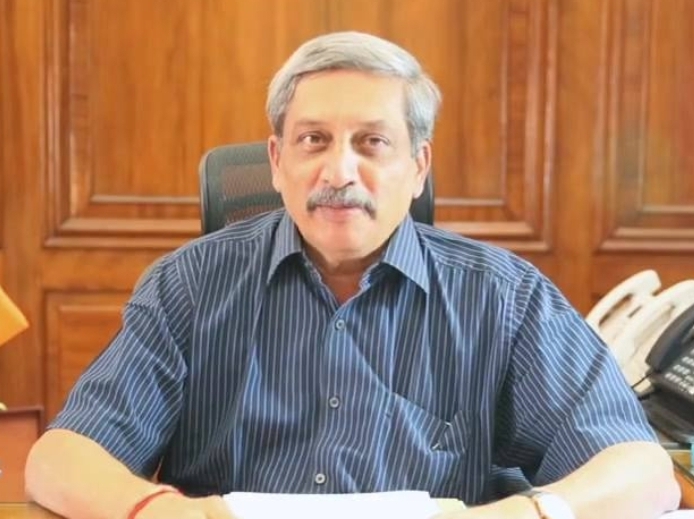 @ Amit Poswal | Sr Journalist
Panaji:  Goa Chief Minister and former and senior BJP leader Manohar Parrikar (63) passed away on Saturday after a year-long battle with pancreatic cancer. Parrikar has been suffering for the last one year and has undergone treatment in the US as well as at AIIMS, Delhi, and a private hospital in Mumbai. A condolence meeting will be held in the Union Cabinet at 11 am on Monday for Parrikar. He was shifted to AIIMS in New Delhi on September 15 last year and returned to Goa on October 14. Since then, he had been recuperating at his private residence at Dona Paula.

President Ram Nath Kovind tweeted, Extremely sorry to hear of the passing of Shri Manohar Parrikar, Chief Minister of Goa, after an illness borne with fortitude and dignity.
Parikkar is survived by two sons. His wife Medha Parrikar died twelve years ago. Earlier Saturday morning, reports emerged that his health had taken a turn for the worse after his blood pressure reportedly dropped. BJP leader Siddharth Kuncalienkar who visited the chief minister at his residence revealed that Parrikar was stable but didn’t reply in the affirmative when asked whether he got to speak to the chief minister.