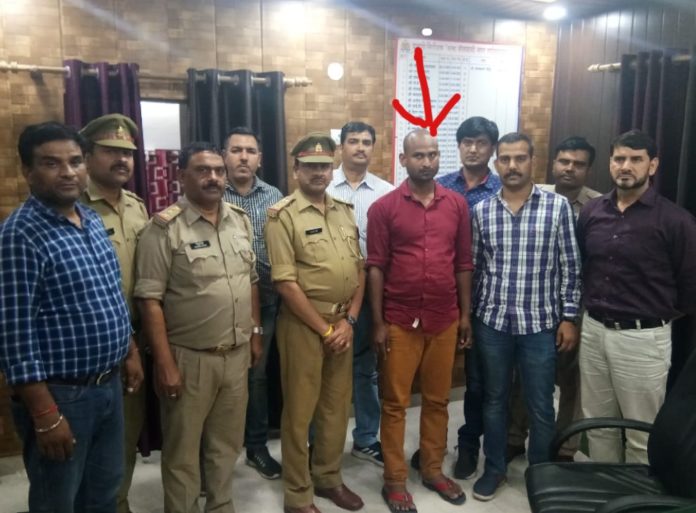 Ghaziabad:  In a joint operation the Ghaziabad Police and UP STF today arrested a rewardee of Rs 50000; Gaurav who was wanted in murder of oil businessman murdered last month. The joint operation was carried out by Kotwali Police Ghaziabad and UP STF. The arrested accused Gaurav who was the informer in murder during attempted loot of oil businessman in Kotwali area on 27th Feb this year. His one of the accomplices; Sonu, who was also involved in a shooting has escaped police arrest. However, the police team has cordenedoff the entire area and is likely to arrest the second accused soon.

The SP City, Ghaziabad, Shlok Kumar while briefing A News Of India, informed, “on last 27th February a business man was murdered during a loot and 2 persons were wanted in connection with businessman murder namely Gaurav and Sonu. Both the wanted accused in this case who were also rewardee of Rs 50 thousand separately in that murder case and police was in search of both these accused. The Ghaziabad police and UP STF were working on their arrest. Today we got some reliable information about their where abouts and UP STF and Ghaziabad police jointly carried out operation. Durimg joint police operation, where the due found that they were encircled by the police on which they opened fire. Police succeeded in arresting Gaurav but his other accomplice, who is also co-accused in the businessman murder was escaped. However, police has cordonedoff the entire area and we feel we will also arrest him soon.”