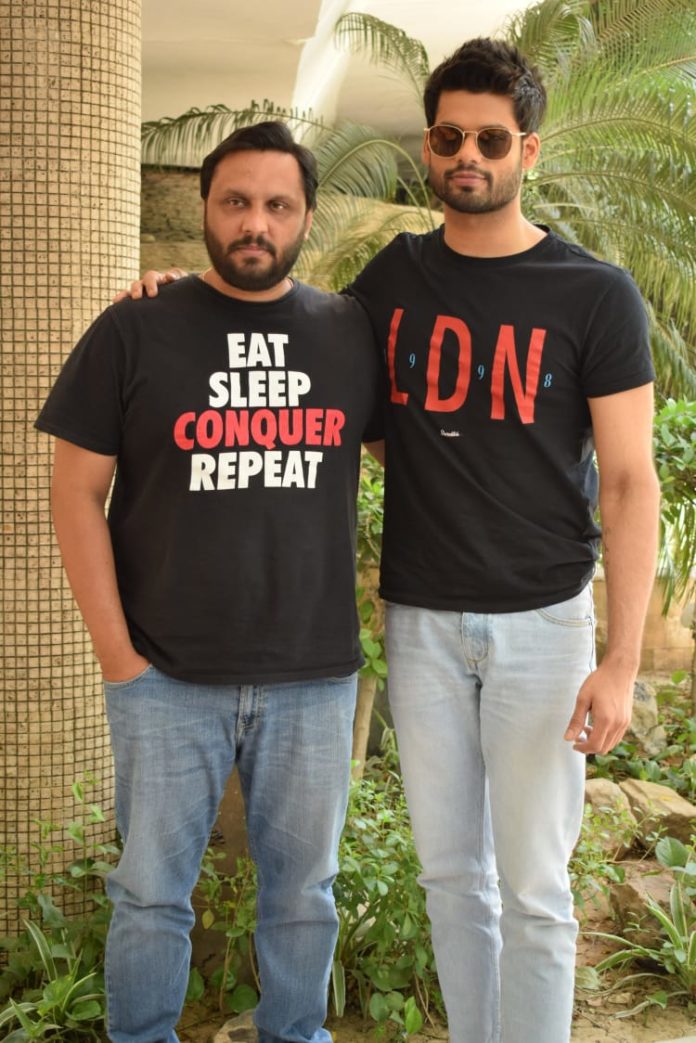 The upcoming movie revolves around a suicide bomber who loses his memory and has a bomb attached to his heart. Produced By Carnival Motion Pictures will be released On 3rd May 2019.

Present at the event, Karan Kapadia spoke about the preparations he did for the movie, ” It was a very challenging role for me to play suicide bomber. As you will watch the movie, its a fictitious concept. I have been preparing for this movie from the past two years and I want the audience to give it a try and I hope they like the movie and my work in the movie.

Director Behzad shared his thoughts on working experience with Sunny Deol, ” It was a very great and funny experience working with Sunny Sir. We always pulled the leg of Karan out of no reason. Sunny Deol brought a lot of positive energy on the sets.” When Asked about His Expectations about the movie, he said ” Personally We have lost perspective, as we have seen the movie while editing a lot of times. Now I want the audience to watch the film and form their opinion about the movie.”