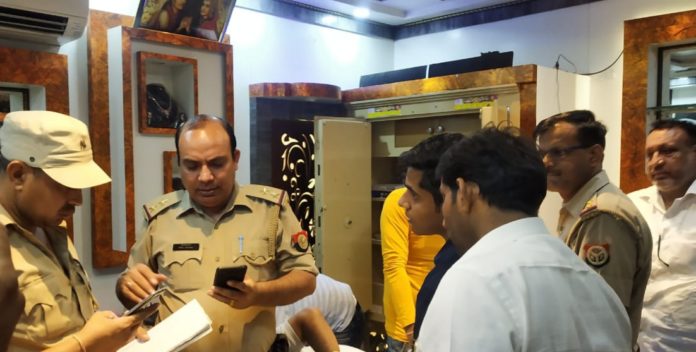 After the incident, police reached the spot and started checking footage of nearby cameras to ascertain the accused in the case as the incident was captured in CCTV camera.

The number of miscreants were being told about two to three and all of them had pistol in their hands. On receiving the information of the incident, the police’s staff reached the spot and started investigation the case.

The SP City Shlok Kumar informed A News Of India, “today in two persons arrived at Shivam Jewellers and looted cash and jwellery worth Rs two lac. Police is looking fot video footage in nearby cameras to identify the accused. Police is further investigating the case.”