Sonia mann is an Indian model and Actress. In first she was acting in a Drama’s Theatre in Amritsar. . She also worked with Hrithik Roshan in ‘HRUDYANTAR’ 2017, A Marathi drama romance based movie. Apart from this, she has featured in many super hit Punjabi music videos like “Tochan” with Sidhu Moose Wala and “Ready for My Vyah” with Raftaar. She has also proved her mettle in south industry. Now she is working with multi-talented Singer-actor-Music Director Himesh Reshammiya in her upcoming moive “Happy Hardy and Heer. And this film is directed by Raka. This film is PYX’S presentation in association with HR Musik. Deepshikha Deshmukh has produced this film. The film will be a musical romance and Himesh Reshammiya will be playing the dual character. And Sonia Mann will be playing the character Heer. After seeing a teaser of happy hardy and heer we are getting a feel of jab we met kareena kapoor from sonia mann. This movie seems like family, jolly, like a taste of Tanu Weds Manu and Jab We Met. Sonia mann who has started her carrier with superstar Harbhajan Mann from punjab . Punjab has given a warm welcome to sonia maan. She was a winner of Limca fresh face of punjab. She did her first music video with harbhajan mann ”HUSN-THE KALI”. This Punjabi beauty and very talented actress is a perfect example of talent with golden heart. Superstar Salman Khan also appreciated the teaser of “Happy Hardy and Heer” He tweeted, “Are waa himesh”!
Now she got a warm welcome from Superstar Salman Khan.
Its music will be released on the official YouTube channel of Tips Music. The film has been shot in the Scottish city of Glasgow and it is scheduled for release in September.
She has been a social activist from being the brand ambassador for SMILE organization for child education and Swachh Bharat Abhiyan. 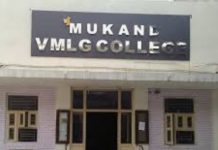 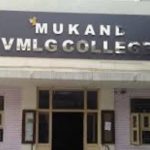 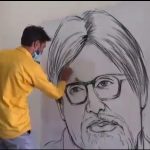 National admin - July 12, 2020
0
@ Diamond Yadav | Correspondent Moradabad: There is a huge disappointment among the fans of Bollywood's Big B,... 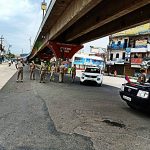 Covid-19: Lockdown Every Weekend in Uttar Pradesh Due to Rising Corona Cases

Covid-19: Lockdown Every Weekend in Uttar Pradesh Due to Rising Corona...