Ghaziabad: Ghaziabad  Police today nabbed a criminal from Abhay Khand of Indirapuram during routine checking. The arrested accused namely  Fazar is from Kaila Bhatta; a part small area of Ghaziabad city.  He was involved in various crimes of loot and chain snatching and a reward of Rs 25, 000 was announced on his head. There were more than two dozen cases of loot, Dacoity and theft registered against the arrested accused.

The arrested accused; Fazar was arrested after exchange of fire with the policemen in Indirapuram area where police were deployed for routine checking. As soon as Fazar saw police personnel he opened fire in which a cop was injured on the other hand when retaliated and tried to catch and also used fire in which the accused Fazar was also injured.

The SP City Shlok Kumar informed A News Of India, ” police were on routing checking and we’re conducting sampling checking of vehicles when he saw police he opened fire in which a police constable; Kaushlendra was injured on the other hand, when police in order to arrest the criminal and also opened fired the  criminal was also injured. Both the injured were sent to the hospital for primary treatment and both are out of danger. Fazar was a rewardee of Rs 25 thousand by Ghaziabad police. Infact there are atleast 25-30 cases pending against him in the court of loot, dacoity and snatching in the Sahibabad, Indirapuram areas. He was in jail and recently came out of jail and again started crime.” 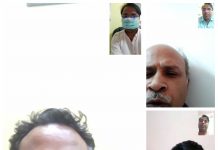 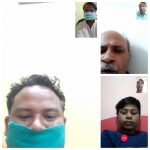