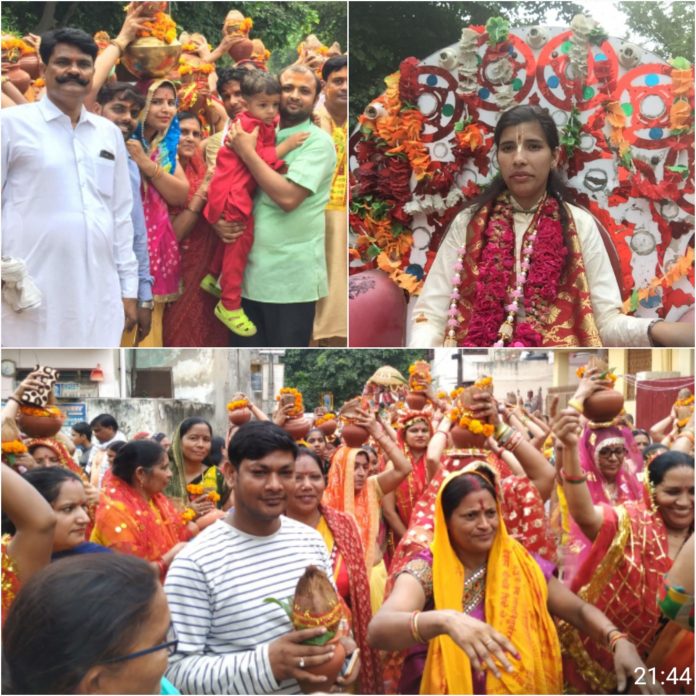 Ghaziabad: A procession of women in coloured dresses with peatcher on their head, filled with water and covered with coconut in a dancing mood on the tune of folk music was an attractive feature on the streets of Ghaziabad  as a part of Bhagwat Katha starting ceremony.

This was a colourful event seen by Ghaziabad on Sunday,  when Sri  “Bhagwat Katha” was started with this procession in the city where colourful musical day was celebrated as part of festive mood to invite residents to show their love and affection to rich cultural heritage with rituals of dance, music and colourful band party, for beginning of this religious Katha based of Bhagwat, an epic of Hinduism.