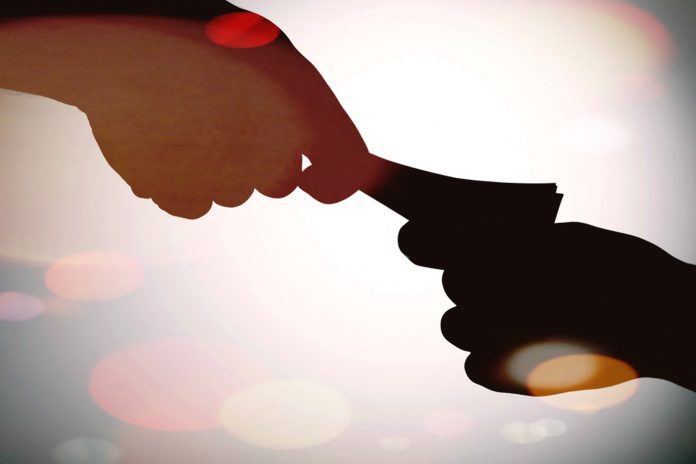 Bulandshahr: Sikandrabad police have lodged an FIR on charges of taking bribe on social welfare ADO in Bulandshahr.
A video was being viral on social media where a ADO of “Samaj Kalyan Department” was getting bribe of 100 rupees.
Taking bribe, the video went viral which reached senior officials in which an FIR was lodged against the ADO at the Sikandrabad police station after the investigation was completed.
While talking with Correspondent said Suraj, Inspector of Bulandshahr, ” A video of taking bribe of 100 rupees from a woman gone viral in social media.
The ADO against whom he is accused of taking bribe is Murtesh and he is currently in the Samaj Kalyan department of Bulandshahar Vikas Bhawan.  There are no arrests yet.”