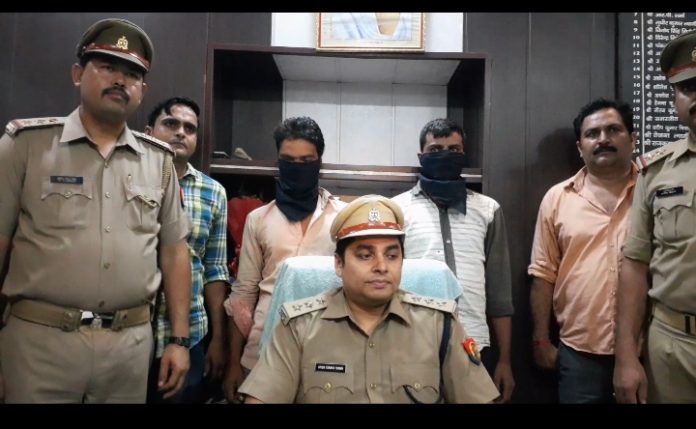 Ghaziabad: Kavi Nagar police got success in arresting of 2 accused who were stealing in posh colonies flats as well as home.police recovered stole jeweleries worth 5 lakh from their possession.
Kavi Nagar SHO Anil Shahi had input about suspicious persons who used to enter in alone houses or Flats In posh areas. SHO Kavi Nagar made a team in which Sub Inspector Manish Chauhan started checking as per instructions of Anil Sahi.
As per information by informant He started checking at DDPS road where he arrested 2 accused namely Moinuddin and Sajid.
According to Circle  Offer  second, ” 2 accused namely Moinuddin and Sajid  have been arrested by Kavi Nagar police and worth 5 Lakh Jewellery and one desi pistol recovered from their possession.”