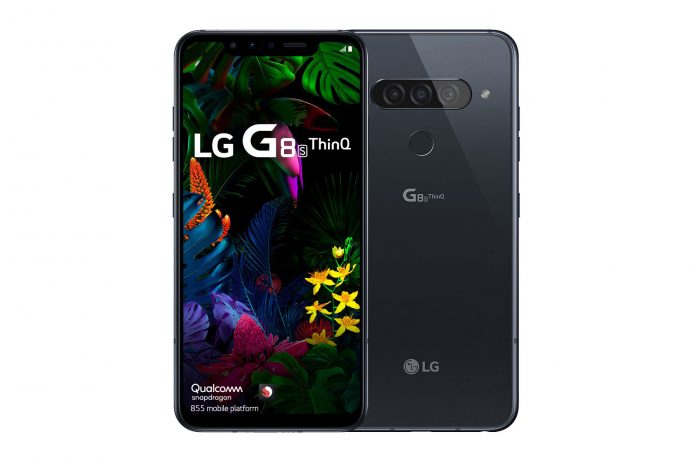 New Delhi: LG Electronics (LG) is bringing the exceptional user experience of the G series to customers in India with the introduction of the LG G8s ThinQ. The LG G8s ThinQ is the perfect choice for consumers seeking a premium smartphone, offering many of the stand-out features and technologies applied to the flagship LG G8s ThinQ with unique touches that are popular with target consumers. The smartphone will be available in India starting 29th Sep across retail outlets at INR 36,990

Introduced for the first time on the LG G8s ThinQ, the Z Camera utilizes Time-of-Flight (ToF) sensor technology to bring LG G8SThinQ users a choice of convenient and secure biometric recognition options. Hand ID uses the Z Camera’s ability to scan a user’s unique circulatory pattern using infrared light making unlocking the phone in the dark just as accurate as during the day. The same technology comes into play in Face Unlock, which is also extremely accurate and fast due to the Z Camera’s use of infrared light and 3D point clouds to accurately trace the contours and features of the face. The third new feature that utilizes Z Camera is Air Motion, a touchless command interface that allow users to perform various actions without touching the screen.

Commenting on the launch, Mr. Advait Vaidya, Business Head- Mobile Communications, LG Electronics India, said, “We are extremely delighted to launch the LG G8s ThinQ, which combines the best of G series to redefine the smartphone user experience across regions. With the latest feature of G-OLED Display & Z camera, consumers can now enjoy a secure recognition feature coupled with a cutting-edge camera performance. This latest addition is a testament to our relentless commitment of providing innovation for a better life. We are confident that LG G8s ThingQ smartphone, will elevate the experience of both our existing and future consumer.”

Some of the key features are:

As the premium smartphone manufacturer to offer a triple-lens camera setup with a wide angle lens, LG continues this now widely emulated design with the LG G8s ThinQ. The improved camera – with the widest field of view to date at 137˚ – allows users to enjoy continuous zoom capability without any lag or color distortion. The exception camera performance of the G8s ThinQ was even recognized by VCX-Forum, a German ratings organization, which ranked the LG device best among the industry’s current smartphones. On the front the device sports a standard lens and the Z Camera, which supports features such as Portrait and Spotlight to help users raise their selfie game. The addition of the Z Camera’s ability to quickly measure distances helps produce portraits with more depth and feel. Spotlight detects the user’s facial curvature and simulates studio lighting to bring a professional quality and dramatic edge to selfies. With Video Depth Control, videos shot on the LG G8SThinQ benefit from a beautiful bokeh effect that puts the subject in sharp focus against a soft, blurred background. And for users tired of shaky video footage, LG G8s ThinQ comes ready with Steady Cam which delivers smooth, clear videos without the use of a gimbal.

The design of the LG G8SThinQ is all about the user: the stylish, ergonomic smartphone provides easy one-handed operation and oozes understated elegance, features popular with customers in India. Complete with 2.5D Corning Gorilla Glass, it has a polished, seamless finish that is both strong and sophisticated and guarantees a comfortable grip. Standard out of the box are 6G RAM, 128GB storage, MIL-STD 810G compliance and IP68 water and dust resistance. The LG G8s ThinQ will be available in three compelling colors: sleek and modern Mirror Black.