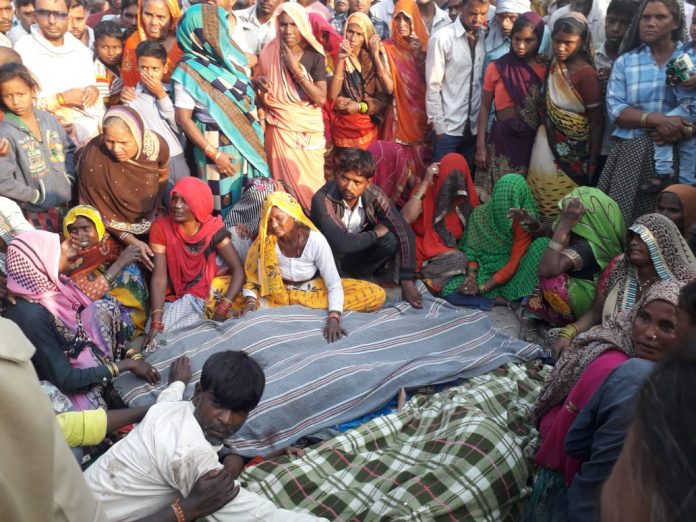 Bulandshar: The bus crushed 7 devotees sleeping on the roadside at Gandhi Ghat near Ganga in Narora, Bulandshahr. all died on the spot. Among the dead are 4 women and 3 girls. The deceased devotees were returning to their home Hathras district after visiting Vaishno Devi.

On October 3, 56 passengers went to visit Vaishno Devi from Mohanpura, village of Chandpa, Hathras district. Among them were some relatives of the residents of Mohanpura.  At 2:50 pm on Thursday night, the pilgrims’ bus from Haridwar reached Gandhi Ghat in Narora. As the night got longer, some passengers fell asleep on the bus stand at the crematorium leading to the crematorium at Gandhi Ghat in Narora near Agra Moradabad Highway. Around 4:00 pm, another bus crushed 7 devotees sleeping on the road. All of them died on the spot.

Bulandshar SSP Santosh Singh CO Dibai Vikram Singh, SDM Dibai Sanjay Kumar reached the spot immediately after getting information about the incident. The relatives of the dead started mourning. Other relatives of the deceased have been informed by the police in the village. Those
killed include Phoolwati and her daughter Sheela and Sheila’s daughter Yogita. Also included are Mala Devi and her daughter Kalpana and Renu
and Renu’s daughter Sanjana.

As per Santosh Singh, SSP Bulandshar told that the bodies are being sent for postmortem. Action will be taken by registering the police report . The entire matter will be investigated in depth.