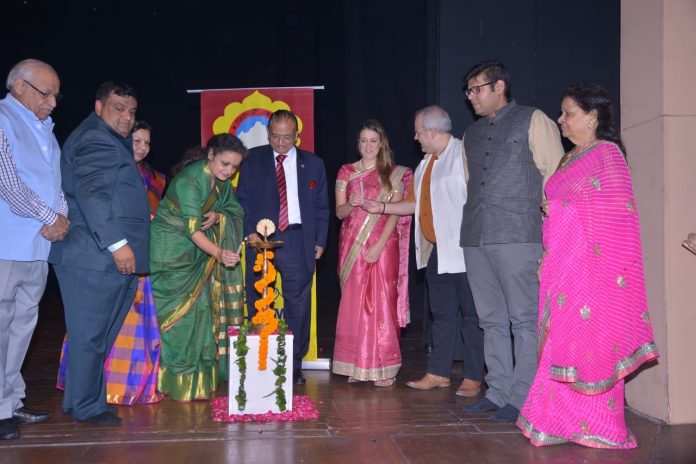 The 5th Subhash Lakhotia Shrawan Kumar Award with a cash prize of Rs. 1 lac was awarded to Smt. Pooja Gupta for her exceptional devotion towards care of parents. Secretary smt. Suman Maheshwari confirmed that the winners of 7th Rajasthani Painting Competition were also awarded during the course of the event for various categories – Junior, middle & Senior. . The event also featured a unique baby show by Ms. neeru Sehgal of World Book of Talent Records winner of which was Master Ayansh Mittal.