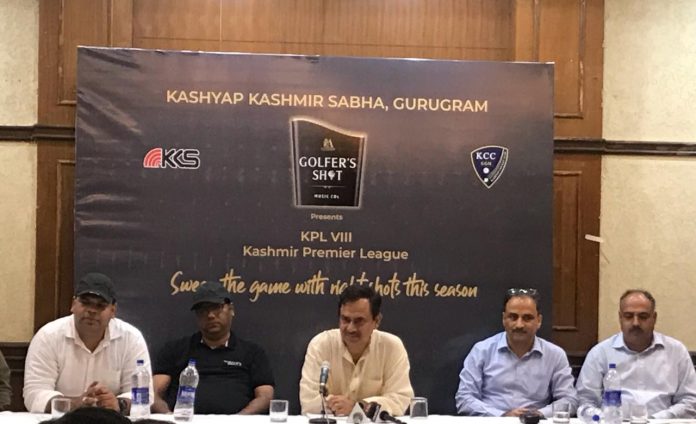 Kashmir Premier League, KPL is one of those annual events, which has gained huge popularity not only in India but globally and this year KKS is celebrating its 8th Edition and has grown big this year as 36 Teams from across India are participating in this extravaganza. KPL is organizing a Press Conference at PRESS CLUB, Rafi Marg, New Delhi on 14th October 2019, 4:30 PM onwards.

The core objective of KPL is to promote good health and inculcate fitness and team spirit among young and women folk. Kashmiri Pandits are displaced for almost 30 years now and such events and multi-dimensional cultural programs are keeping this community bound together like glue. KPL is inspiring this KP community for many reasons and this is giving KKS an opportunity to serve community in many ways.

The inaugural ceremony is scheduled at TERI Ground on 18th October 2019 at 09:30 AM and the chief guest will be a VIP who will grace this ceremony along with many dignitaries and stalwarts of Kasmiri Pandit community.

Cultural Program, which is an annual ritual of KKS, Gurgaon is scheduled on 19th October 2019 at Apparel House, Sector-44 Gurugram. Kashmiri Pandit artists from across the country are coming to perform on this evening with light and sound show, Kashmiri songs and melodious music. Union Minister, Smt. Smriti Irani has agreed to grace this occasion.