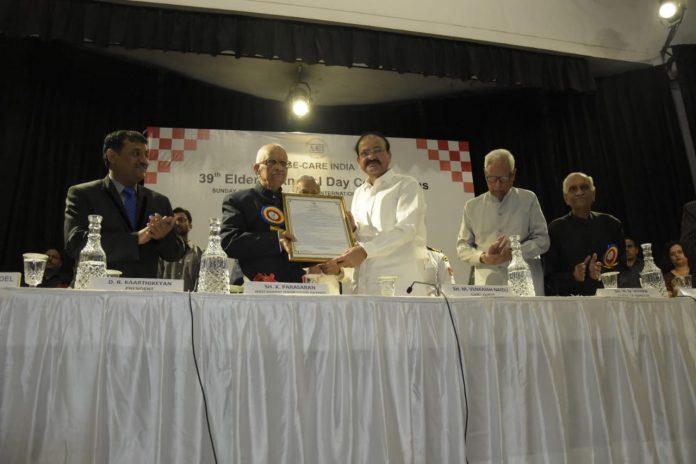 M. Venkaiah Naidu ji in his address told to take care and respect of Elderly. He said that though there are various Govt. Schemes for elderly, but society and NGO’s like Age Care India are to support and help Govt. for this cause. He said that in school curriculum, there used to be Moral Science. But, now only science is there without Moral. New education policy under draft may include this.

N.N. Vohra, Guest of Honour praised K. Parasaran ji, the Awardee and said him being the most deserved person for this award.

Sandeeip Goel said Words of Thanks in the end and asked all for musical programme and Lunch after that for all members and guests.