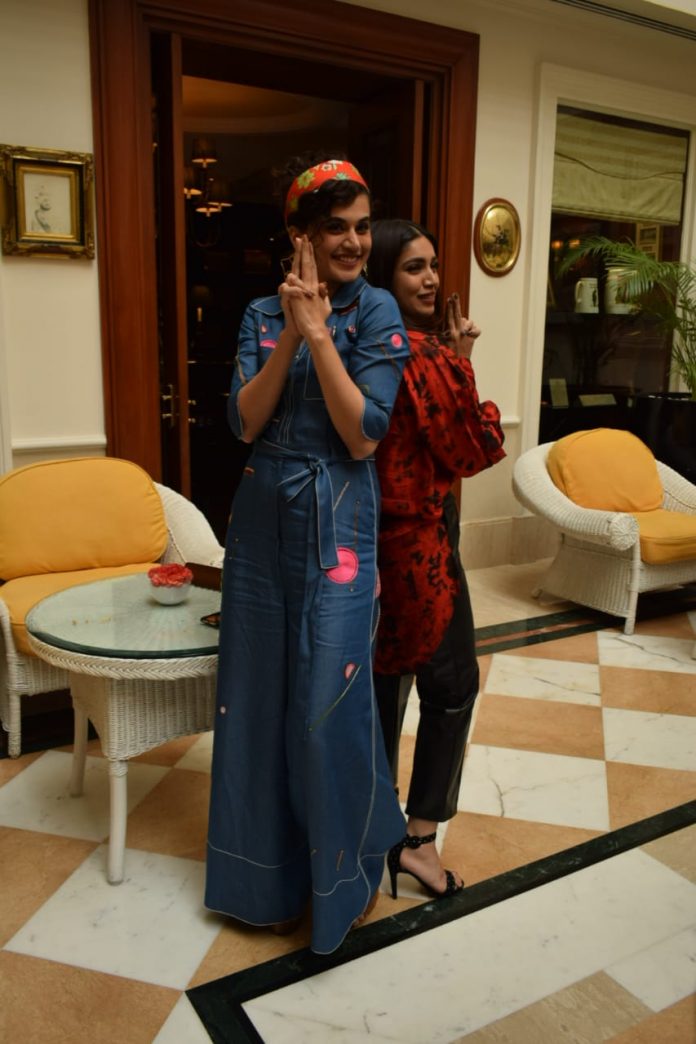 New Delhi: Today, amazing actresses Tapsee Pannu and Bhumi Pednekar came to Delhi for the promotions of their upcoming biographical movie Saand Ki Aankh. The press conference was held at The Imperial Hotel, New Delhi. The movie will hit the silver screens on 25 October 2019.

Saand Ki Aankh is a biographical film directed by Tushar Hiranandani and produced by Anurag Kashyap, Reliance Entertainment and Nidhi Parmar. The film features Bhumi Pednekar, Taapsee Pannu and Prakash Jha in the lead role. It is based on the lives of sharpshooters Chandro and Prakashi Tomar.

While talking to media, Tapsee shared her experience of shooting sets, “I called my mom on the sets of Saand ki Aankh so that she can see me that how I look like a 60-year-old woman.”. She further added, “This role will always be close to my heart as this is the biggest risk I have taken in my career so far.”

Bhumi spoke about the subject of the film, “The idea behind the film is to show that these two women have worked so hard since they were young which made them rock-solid and helped them to excel in sharpshooting.”