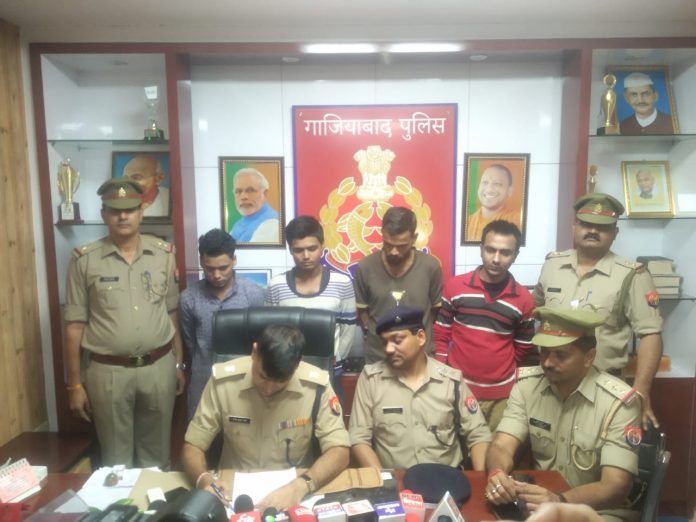 On dated 28th Oct  care taker of De-Addiction camp was killed by unknown persons in his room during sleeping. All incident was captured in CCTV camera.
Sabir Ali care taker of De-Addiction camp locality at Lajpat Nagar Sahibabad area.There were many persons took addmission for get ride off their habbit of drugs in this Nasha Mukti Kendra.
According to police officers” Sabir Ali had alligation that he used to misbehave with admitted person’s”
“Due to  this attitude some patients didn’t like him and on dated 28th Oct, 2019 five person’s by the name of Sudesh Choudhary, Deepak, Tarun Tyagi, Sharukh and Chand were entered in Sabir Ali’s room and killed him”  said police officer.
As soon as Jitendra Kumar SHO Sahibabad took this matter  serious and started work on this case and finally he got success and arrested 5 accused of murder.