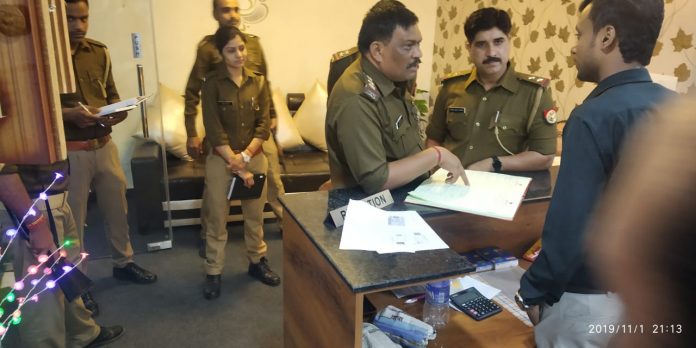 Noida: Operation Clean 24 campaign was conducted in which the Oyo Hotel, Guest House located in all police station areas of the district was checked. During checking, suspicious persons stopped in hotels, CCTV cameras etc. were checked for the persons standing at the reception of the hotel.Checking ensured that the person staying in the hotel was not involved in any criminal activity. In the entire campaign, 115 Oyo hotels in which 86 cities and 29 rural areas and 40 guest houses in which 34 cities and 6 rural areas were checked.In the campaign, 1483 persons were checked in 1182 towns and 301 rural areas. During checking, 483 hotel / guest house employees were found working in 401 town area and 82 rural areas without proper verification. There were 70 CCTV cameras installed in hotels in which 65 cities and 5 rural areas were found to be defective, which were directed to fix them. During checking, 5 persons were arrested while playing gambling at the hotel by police station sector 49.