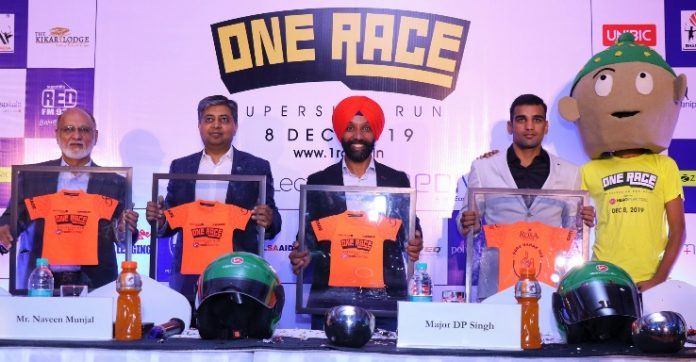 ONE RACE SuperSikh Run is a Sewa inspired professionally managed Half Marathon event which has had three very successful editions in Delhi in 2018, 2017 and 2016. One Race takes place annually in New Delhi starting at the heritage site of Gurudwara Rakabganj Sahib in Lutyens Delhi. The 4th edition of the prestigious race will take place on 8th December and is expected to witness participation from over 7000 runners across extraordinary men and women.

Speaking on the occasion, Mr. Naveen Munjal, MD, Hero Electric said, “ONE RACE SuperSikh Run is a very special event for everyone at Hero Electric. This is one-of-a-kind, most diverse and culturally rich race in the world, and we are glad to be an integral part of it since its inception. This year, as pioneers of e-mobility in India, our objective is not only to support the run, but also spread the message to do our bit in preserving the environment. It is a proud moment for us every year to witness all runners come together and support us in the cause.”

Centered around the philosophy “ONE RACE HUMAN RACE”, SuperSikh Run is a half marathon organized for all participants beyond the feeble barriers of caste, creed, religion, sex, race and the challenges thrown by life.

Earlier this month, Hero Electric flagged off the promo run ahead of ONE RACE SuperSikh run on 9th November. The run was flagged off from Hero Electric’s head office in Gurugram and saw participation from over 200 runners. Keeping in mind the rising pollution levels in Delhi-NCR and as part of Hero Electric’s #CodeGreen initiative, the company encouraged runners to wear face buffs and jerseys with the message ‘Beat Air Pollution’ and ‘Let’s breathe better, let’s go electric’ written on them as a symbol of protest against air pollution.

SuperSikh Run is the most prestigious cause led Half Marathon race in New Delhi and has been achieved due to the support and guidance that the event receives from the administration, patrons and participants alike.