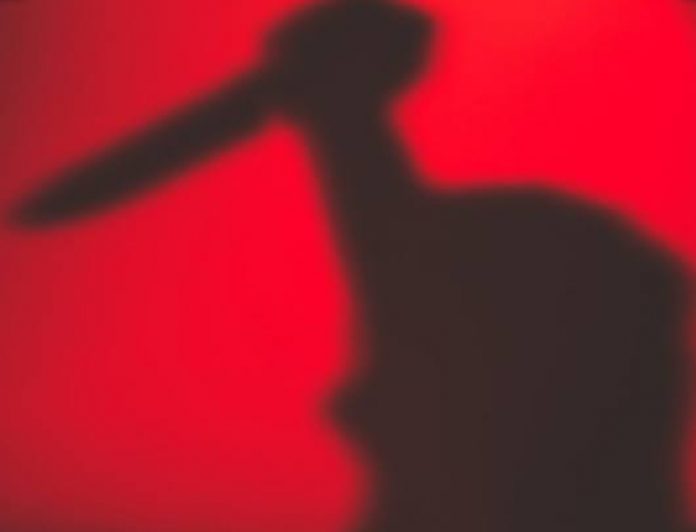 Chhattisgarh/ Korba(CG):  Two days ago, in the Budhwari market, a woman was attacked one after the other by a mad  sharped shark, she was admitted to the trauma centre in a bloody state where her condition was described as critical, by the doctor who was attending to her. It is being informed that the woman was admitted to SIMS on Saturday night due to her deteriorating health condition there. But, unfortunately, even after best treatment extended to her there,  she died on Sunday.

The doctor who attended to her said, “she died due to excessive bleeding.”  The video of this unfortunate incident also went viral on the social media.

The attacker, Indrapal Tunde, made a video of the woman Nandni taking a bath a few days ago. The incident was reported to the local police. Further a case was registered under IT Act, 1955. The victim Nandani had lodged a criminal case against Indrapal at CSEB check. Indrapal was also lodged in jail in the same matter.  After being released from jail, the said Indrapal attacked on Nandani.

After the incident, angry people of the area has decided to teach him a lesson and accordingly informed the police and handed him over to the police.

The victim used to live separately from her husband at the same home.  Even the accused Indrapal also resides in a rented house as per settlement.

The victime Nandini was admitted to the hospital after the incident with the help of Dial 112. On Saturday night, Nandini was referred to SIMS after her sudden deteriorating health condition where she died while undergoing treatment.  A case in this regard has been registered. Now the police will register a case under section of murder against the accused in this case. Earlier it was a case of attempted. Two days before, the Unnao rape victim was also burnt alive life and she was having 90% burnt when reached the hospital for tratment. In these days activities on women has seen a sharp rise in number of cases reported against women and  lives of women are in stake. Recent incidents on women in the country reported from many cities in different states raise  questions about the woman’s safety in the country.  Nandni the latest victim amongst women killed by the yahoo often blows from sharp weapons.