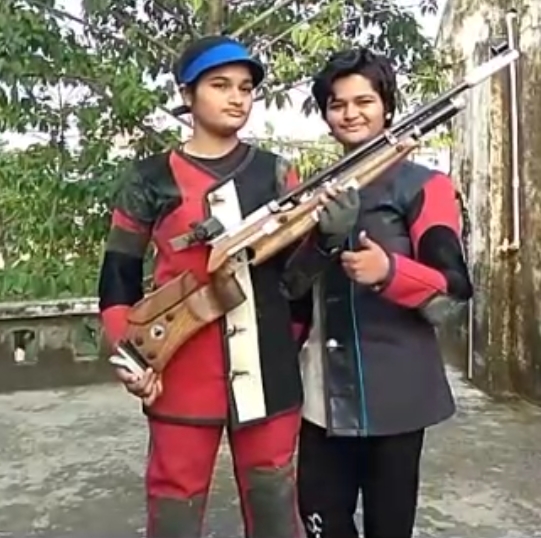 Diamond Yadav |Correspondent
Moradabad: Nothing is impossible if you have vowed to do any thing you can do. This example has been set by twin sisters of Moradabad who reached very closed to entry level to team India that too with the help a riffle taken as loan.

Yes, you are right, both the sisters and non other than Anshika and Vanshika Bishnoi who qualified in 63th National Shooting Championship competition recently concluded in Bhooal after excellent performance during the competition.

Both the players; Anshika and Vanshika described how they practiced and qualified the shooting competition after obtaining riffle from their coach Mukul Tandon, as they don’t have their own riffle.

They further, said if government or administration extend them facilities of riffle they can perform excellently in shooting after due practices from own riffles and can also improve their talent.

Now, both the sisters; Anshika and Vanshika Bishnoi have targeted to be selected for Indian team and to play in International competitions on Indian uniform, where they can perform well and can win medals for the country. They are ready to work hard to achieve the target of world champion and fame for India.