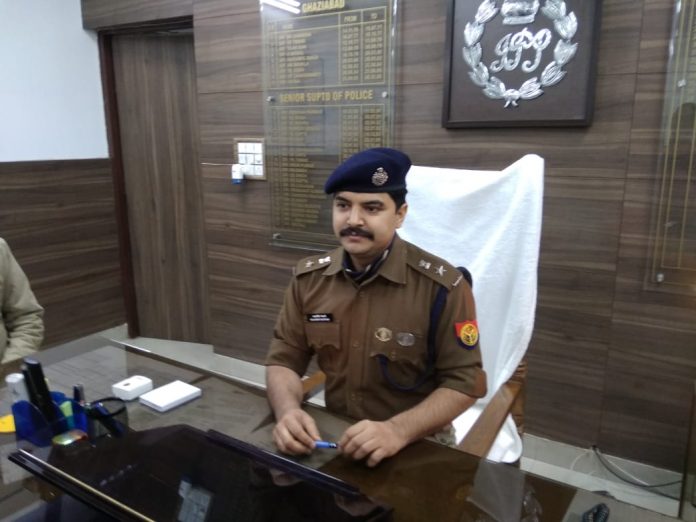 Ghaziabad: Kalanidhi Naithani, who transfered here from Lucknow as SSP, took charges as SSP of Ghaziabad on Friday.

After taking charges as SSP, talking to media personnel, he said that his priority would be to maintain good policing in the district and credibility of police in public.

Counting his priority, the Ghaziabad SSP Naithani said that he would give special emphasis on public hearing. The police should behave in a positive manner towards the public so that its good image and credibility are maintained in the public. The public should trust the police that the police are with them in difficult times and the fear of the police among the criminals. He also talked about maintaining better report with organizations like general public, bar association, media, trade unions etc. for better law and order.

KalanidhiNaithani, the SSP said that cyber crime is a challenge in Ghaziabad district. For this, they will make the efforts to make them aware by printing pamphlets in the society. Also, the cyber crimes which have taken place will be investigated on priority. Earlier, he took a formal introduction meeting of district police officers and instructed everyone to work according to the priority of the government.