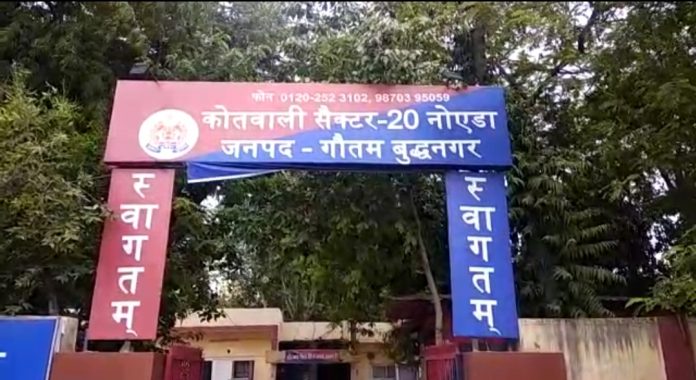 Noida : The police has busted a gang and arrested 4 accused  who used to  cheat with the unemployed people in the name of job. They also used to steal the data of unemployed people from job portal, companies, these gangs used to take away the amount from people by swindling them,  Police seized a lot of goods and cash from them.

Noida Police Sector 20 Police has busted a gang which used to target unemployed youths, this thug gang used to steal the data of such people from the big job portal, who used to work.  They used to put their resumes on these portals, after which these people would call the victims and give them the promise of giving jobs in big companies, in return for this they would get entry fees or registration fees from them.  In the name of Amount, they used to ask for some amount through Paytm or other way,
According to  Sankalp Sharma (DCP First Noida) ” police have arrested four members of this gang, Vivek, Ayush, Akash and Avinash, they have told that this is the execution of this incident of cheating for almost 2 years.  They were giving and so far about one and a half thousand people have been made their victims. Police have recovered two laptops, 10 mobiles and 28 thousand from them”