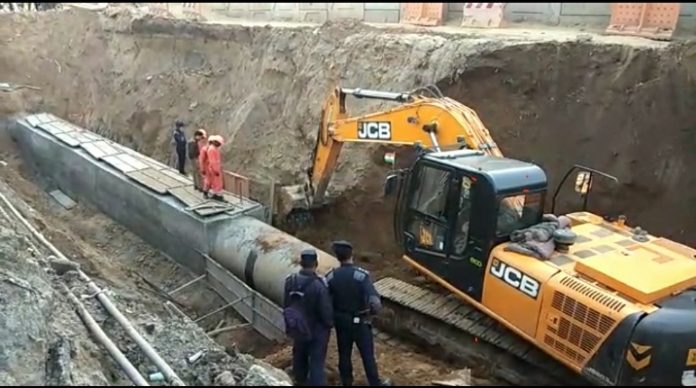 Ghaziabad: Road widening work is going on near NH9 in Bamheta area of ​​Kavinagar police station area of ​​Ghaziabad, adjacent to which the pipeline work is also going on.

This evening, the workers engaged in the work of laying the water pipeline fell into trouble when the dug soil suddenly fell on the 4 laborers working in it, in which three laborers were buried in their paddy, to get information about the incident. Soon, police and other men rushed to the spot and took out the three laborers working on the pipeline and were admitted for treatment to the nearest hospital where a laborer Died during treatment in hospital.

On the other hand, speculations were also being made that more laborers may be trapped under this paddy soil, on which the NDRF team reached the spot and was run for almost an hour.