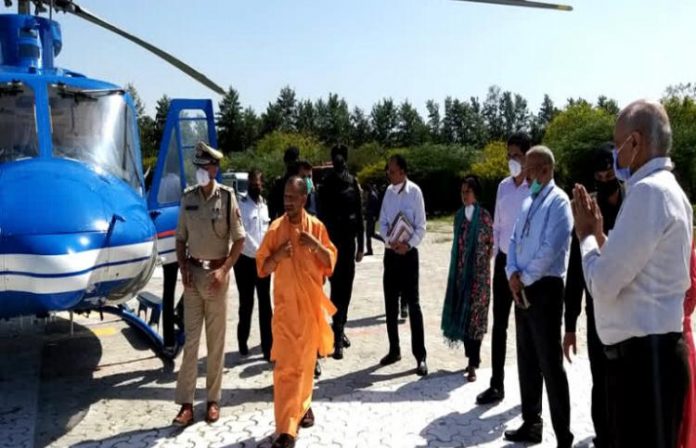 Noida. The highest number of cases of corona virus have been reported in Uttar Pradesh’s Gautam Budh Nagar district. Uttar Pradesh Chief Minister Yogi Adityanath reached Noida on Monday amid increasing cases of corona in the district and lashed out at district magistrate in a meeting. Meanwhile the District Magistrate of Gautam Budh Nagar BN Singh wanted to clarify, the Chief Minister got angry and said stop the nonsense. At the same time, after the rebuke from Chief Minister Yogi Adityanath, the District Magistrate of Gautam Buddha Nagar has asked for a leave of three months. He wrote a letter saying that I do not want to work in Noida. Gautam Budhnagar District Collector BN Singh said that I have been posted in the district for three years and working 18 hours. Now I do not want to be in the office anymore.

DM said in the letter, ‘I do not want to hold the post of District Magistrate Gautam Buddha Nagar for personal reasons. Relieve me from the post of District Magistrate and sanctioning leave for 3 months. Presently keeping in view of Covid-19 there should not be any administrative laxity, it is necessary that another officer should be posted in Gautam Budh Nagar. Chief Minister Yogi Adityanath, who visited Noida on Monday to prepare for Corona, severely reprimanded the DM of Gautam Buddha Nagar in a meeting. What have you done in the last two months and even control room is has not been started. When the DM gave a clarification on this, the yogi got angry and said Stop this nonsense. By doing all this nonsense you have spoiled the atmosphere here.