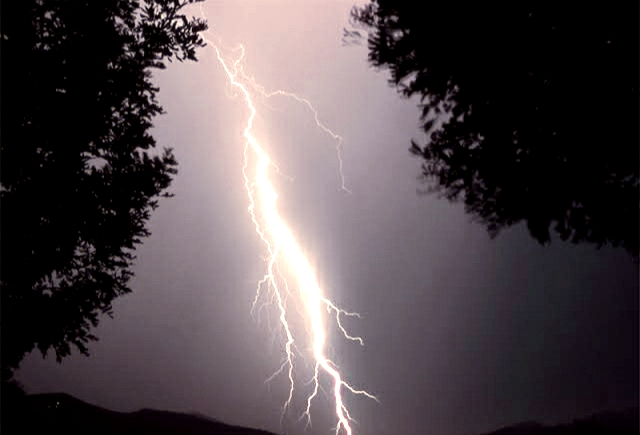 Bihar : At least 83 people lost their lives in Bihar and several others injured in thunderstorms and lightning that struck several parts of the state on Thursday. The lightning also killed more than 15 cattle in Khagaria district. Large scale damage to property has also been reported from various districts. After media reports of 83 people being killed in a single day due to lightning in Bihar emerged, Prime Minister Narendra Modi expressed his condolences on Twitter. “In some districts of Bihar and Uttar Pradesh, heavy rains and lightning caused the death of many people. The state governments are engaged in relief work with promptness. I express my condolences to the families of those who have lost their lives in this disaster,” the prime minister tweeted on Thursday.

The Chief Minister of Bihar has mourned the loss of such a large number of lives and has announced a compensation of Rs 4-4 lakh for the families of all the dead. CM Nitish has appealed to the people not to come out of the house in bad weather and to follow the instructions given by the State Disaster Management Department.

The Meteorological Department has issued heavy rain warnings for 18 districts of Bihar till 26 June. The Bihar Disaster Department has made its preparations to deal with any disaster. At the same time, NDRF and SDRF are also on alert mode to deal with any situation. According to the experts, one should not get out of the house during heavy rains. If outside the house, do not stay under any tree to avoid rain. Turn off the electronic equipment of the house if there is lightning in the sky. Use of mobile can also prove to be dangerous during lightning.