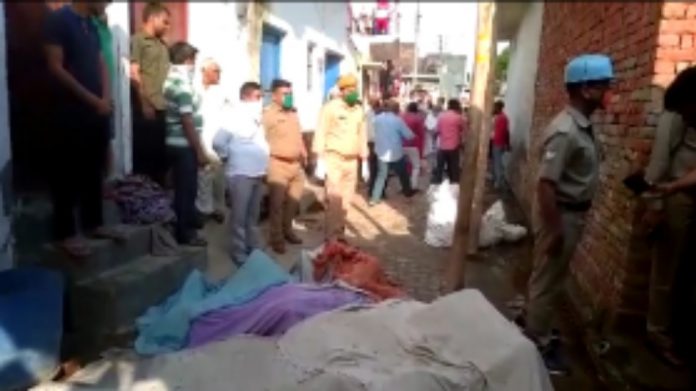 Ghaziabad: On Sunday, seven people were burnt to death in a fierce fire in an illegal factory in Bakharwa village of Modinagar police station area of ​​Ghaziabad district. Six women are among the dead, while several people were injured. The injured have been admitted to the nearest hospital.

In this case, where the Ghaziabad police administration has put the line in charge of the police station of the police station concerned, on the other hand, the Uttar Pradesh government has announced financial assistance of Rs 2 lakh each to the kin of the deceased and Rs 50 -50 thousand to the injured.

As soon as the incident was known, District Magistrate Ajay Shankar Pandey, SSP Kalanidhi Naithani and other officials went to the spot and started rescue and relief work.

According to the police, candles used during birthdays are made in a factory operated in Bakharwa village, while illegal crackers were also being used in a big way.

On Sunday afternoon, a sudden fire broke out in the factory and on seeing it, the fire took a terrible form. In this fierce fire, six female workers and one male employee who did the same job died on the spot.

According to the local residents, the factory was raided by the police 2 days ago, but the matter was busted with money, people say that this illegal cracker factory has been running for a long time and many times complaints were made about it, but fire department and police administration paid no attention to this. The compensation of which has been paid today by seven men’s end of life.

On the other hand, SSP Naithani said that the matter is being investigated and further strict action will be taken based on the investigation report.