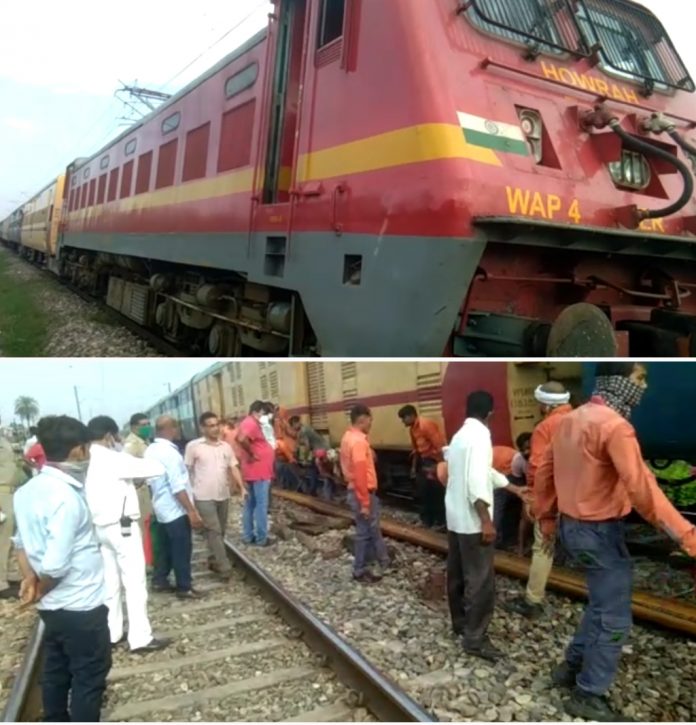 Moradabad: The train going from Amritsar to Howrah was stopped by emergency brake near Bhainsia village in Katghar police station area of ​​Moradabad yesterday morning due to broken railway track. Broken railway track was seen by the understanding of a local villager, a major accident was averted, due to the news of the arrival of soldiers in the three coaches of the train, there is a stir in the railway administration.

In fact, the Amritsar-Howrah train passing through the Katghar police station area yesterday morning was stopped by emergency brakes when the train suffered a severe blow, almost the entire train had passed even after the track was completely broken.  Army soldiers were in three coaches in the train, the role of the local villager Chandrasen in this accident is highly appreciated.According to him, when he went for morning walk yesterday morning, he saw a spark rising from the derailment when passing the goods train, but when a ride  When he saw the passenger train, he stopped the train by shaking his red colored underwear between the tracks, if he did not do this then there could have been loss of life and property, after the train stopped, the train driver and guard informed the railway administration.  The GRP as well as the Rescue Team also reached the spot, and started the work of changing the new track, after several hours of work, the new track was replaced in place of the broken track.  A common citizen of Moradabad, showing his understanding, survived a major train accident.