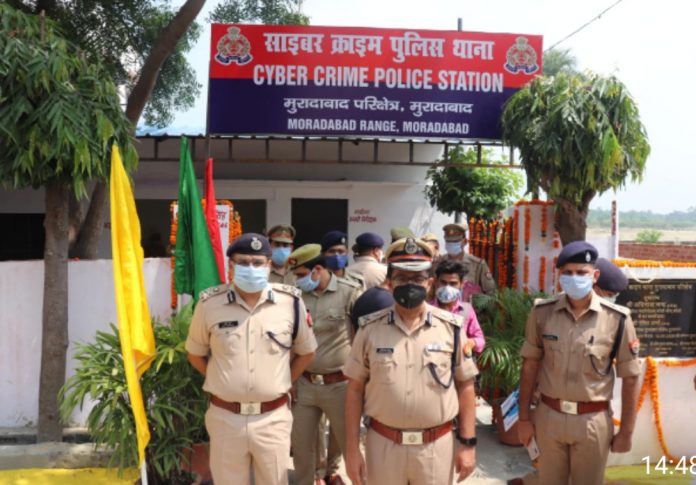 Moradabad: In view of the fast growing cyber crime incidents, the State Government’s campaign to open cyber police stations in all the ranges was also started in Moradabad today in the hands of Additional Director General of Police Bareilly Zone.

In view of the fastest speed of cybercrime in the category of crime, the governments of Uttar Pradesh as well as other states are serious, for the prevention of which cybercrime police stations are being expanded in this sequence.  Cybercrime police station was launched in Jigar Colony of Line area, Additional Director General of Police Bareilly Zone Avinash Chandra, while speaking on the occasion, said that on the instructions of the government, cyber police stations are opening in every range, all the districts of the range  Those cybercrime cases will be transferred here in which crime of more than one lakh rupees has been committed