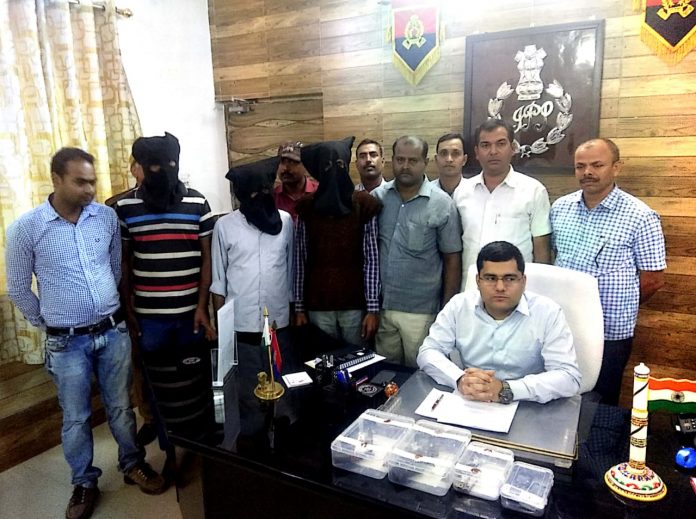 Santkabir Nagar:  SWAT team Alpha succeeded in arresting 3 accused who were making plan to murder a landlord. Police recovered 2 country made pistol, live cartridge and one motorcycle from their possession.
Sant Kabir Nagar SWAT team inspector Pradeep Kumar is serious against crime. Pradeep Kumar received a complaint in which Victim chandrabhan was thread to murder.
Pradeep Kumar took this serious and by joint operation by Khalilabad police arrested 3 accused and save the life of Chandrabhan Yadav.
According to Akash Tomar SP of Sant Kabir Nagar, ” SWAT team arrested Ajay Kumar, Sachidanand, and Santosh after received the complaint of Chandrabhan” ” Ajay had received 32 lack payment from Chandrabhan in intrest of 8 % but could not return back all amout that’s why he gave contract to Sachidanand and Santosh Kumar to kill chandrabhan in 6 lakh and 90000/- received as advanced” added Akash Tomar.